Breaking News
Home / AFL / Big sprays: Booing could be a problem when crowds are allowed back at the footy

Big sprays: Booing could be a problem when crowds are allowed back at the footy

admin May 28, 2020 AFL Comments Off on Big sprays: Booing could be a problem when crowds are allowed back at the footy 24 Views 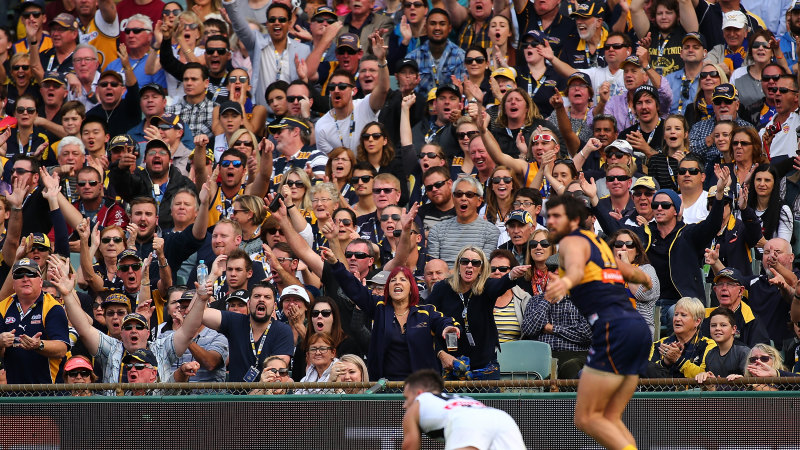 Bennett added that there may need to be restrictions on how fans react throughout games, should they back in time for the finals.

“I would think they may have to include as a recommendation – given it will be hard to maintain 1.5 metre between groups anyway – that shouting, hooting may have to be eased, given this will increase the spread from one person,” she said.

“One of the COVID-19 transmission concerns is increased spread when people speak loudly, sing, and therefore cheering along their team.

“It’s anything that causes you to project voice, breathe heavier, so booing, cheering, chanting, singing, all increase the distance droplets will travel from someone’s mouth. Especially if kept up for a long time. If they are shouting, singing, they are more likely to cough. They may also need masks if they can’t stop themselves singing their team’s anthem.

“So another important recommendation will be boom sticks and clapping etc as an alternative to cheering – so that’s also worth thinking about.”

An AFL spokesman said there was no consideration for fans returning “at this point in time”.

“Like every decision we have made through this, we will be led by the government on any protocols and not run ahead,” he said.

There is much to work through before the AFL and health authorities can open the gates. While there is increasing optimism that fans will be allowed to return this season, groups of families and friends will need to be safely distanced from other groups. Food and beverage outlets could also be an issue, with fans either told to stay in their seats or be encouraged not to wait until the end of quarters.