admin May 28, 2020 Sport Comments Off on ‘Pretty keen’: Volunteers key as junior sport bounces back from COVID-19 22 Views 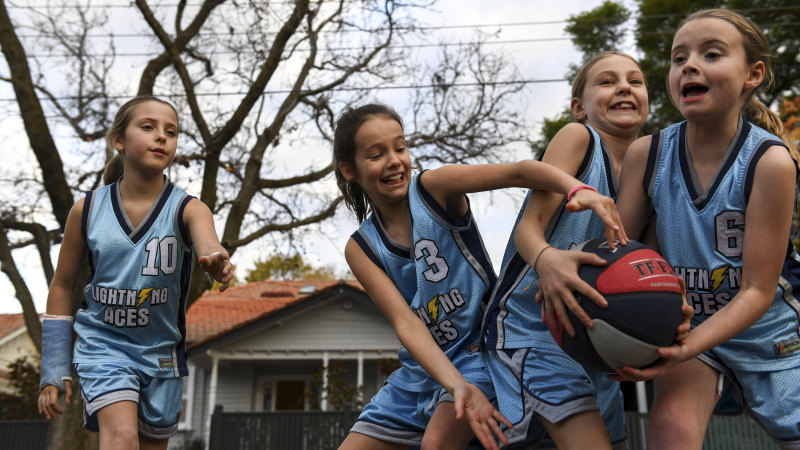 But Dalton said the intention was not to “burden millions of sporting volunteers with rules and red tape”.

The Yarra Junior Football League, which is not affiliated with AFL Victoria, will resume matches in mid-July subject to regulatory approval. Most junior football and basketball clubs will return to training in groups of 10 from next week under new guidelines, which include the need for a COVID-19 biosafety officer at every club.

One football league official told The Age he expected each club in the league to have a biosafety officer and that at least one volunteer for each team within that club would complete the 30-minute Department of Health education program online.

In basketball, that officer would also have to manage how many people are in a stadium or on four courts at one time, and would have to wipe down balls and benches between games.

Similarly, a log of players coming and going at football clubs must be kept, and restrictions on groups of players mixing would be enforced.

But dad Richard Baxter – whose nine-year-old daughter Harper and six-year-old son Rafferty play a variety of sports including basketball, tennis, gymnastics and football – said he and his kids were eager to get play underway.

“To be honest, I’m pretty keen for them to play,” he said.

“They’re going to be back at school so I don’t really see the difference they’re going to encounter at school versus the closeness on a basketball court or a footy field. I think it will be great for them.”

Mr Baxter added that kids were less likely to use change rooms, where the risk of transmission would be at its greatest.

However, Simon Buckley, manager of the Playball Basketball association, expected a 30 per cent drop in participation in term three.

Mr Buckley, whose competition is run across courts at the Melbourne Sports and Aquatic Centre in Albert Park, Whitehorse and Bentleigh East, said he had nearly 400 junior basketball teams compete in term one.

“That’s the challenge, to see how many teams across term one come back for term three,” he said.

“It’s going to be interesting how many teams come back or how many we lose.”

Mr Buckley said the gaps between games would also increase, as the COVID-19 biosecurity officers would need to disinfect courts and equipment, meaning less games would be held on any given day or night.

While the pathway looks clear for basketball, it remains cloudy among junior football leagues.

Most clubs in the Essendon District Football League start training in groups of 10 next week, but chief executive Ian Kyte said there were a number of factors that needed to be considered for matches to begin.

“We’ve encouraged our clubs, ‘Don’t rush back, take your time, make sure you can establish COVID training and you’ve got people that know what’s happening and they can be at training and conduct that’,” he said.

“I’m hopeful [games will be played] but I have to consider a lot of things – the health and welfare of all the stakeholders of our league, the financial viability of the league and the clubs, not only this year but going forward.

“We’ve got to make decisions that don’t put our clubs in a bad position.

“At the moment, with the current restrictions, football can’t be played and when and if those restrictions are eased, then we have to assess our position and see how the clubs can cope with the requirements placed on them.”

Looking for some good news?

We could all do with some good news right about now. That’s why we have launched The Good News Group, a Facebook group where we’ll share uplifting, inspiring and positive stories and invite members to do the same. Join the group here.