Former Triguboff lawyer claims he was sacked for refusing to lie

admin May 29, 2020 Business Comments Off on Former Triguboff lawyer claims he was sacked for refusing to lie 24 Views 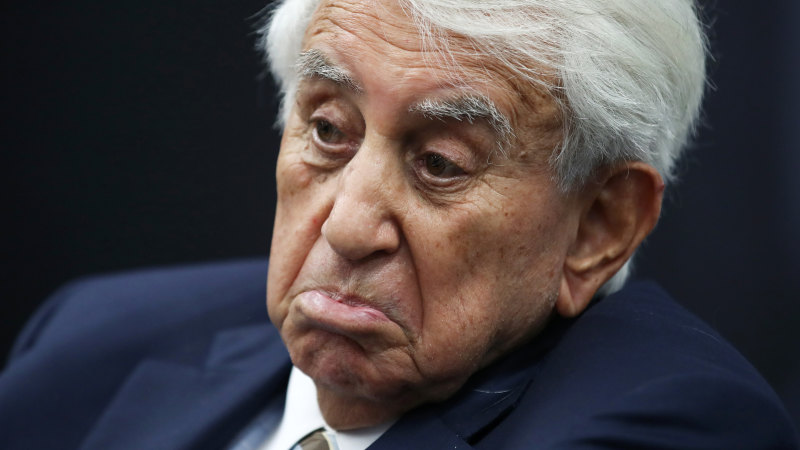 Meriton Property Services said it “emphatically denied” that Mr Callaghan was asked to lie in his affidavit. “This is completely rejected and false,” the company said.

In a Federal Circuit Court claim, Mr Callaghan said he attended a meeting on February 3 with Mr Triguboff, his daughter Orna Triguboff and grandsons Ariel and Daniel Hendler, that ultimately led to his dismissal.

The statement of claim details a series of expletive-ridden exchanges.

In the meeting about a development application to Sydney Council, Mr Callaghan alleges Mr Triguboff asked why the affidavit didn’t say the council took three years to approve his building.

When Mr Callaghan replied it hadn’t, Mr Triguboff allegedly said: “F— you. I pay you to win cases do you understand? You are dealing with a dog up there [pointing to the City of Sydney’s Town Hall].”

“I understand I am here to win cases, but it did not take three years to get the building approved, so I can’t give evidence to the Court that it did,” Mr Callaghan claims he replied.

“Enough crap from you. Write it my way or you are no good to me,” Mr Triguboff allegedly said.

To which Mr Callaghan replied: “Harry I won’t do it. It’s a lie.”

After the exchange, Mr Triguboff allegedly pointed at the door of his office and turned his chair away.

After two other meetings with Mr Triguboff, Mr Callaghan received an email on February 13 saying his job was terminated on February 7.

Meriton said it goes to great lengths to ensure all business activities are compliant with applicable laws.

“All allegations that suggest otherwise are strongly denied. Meriton disputes the sequence and nature of the events set out in the court filing,” it said.

Because the matter was before the court, any further comment was inappropriate whilst the proceedings remain current, it said.

Meriton will be filing its defence in due course.

A hearing is scheduled before Judge Nicholas Manousaridis on June 17.