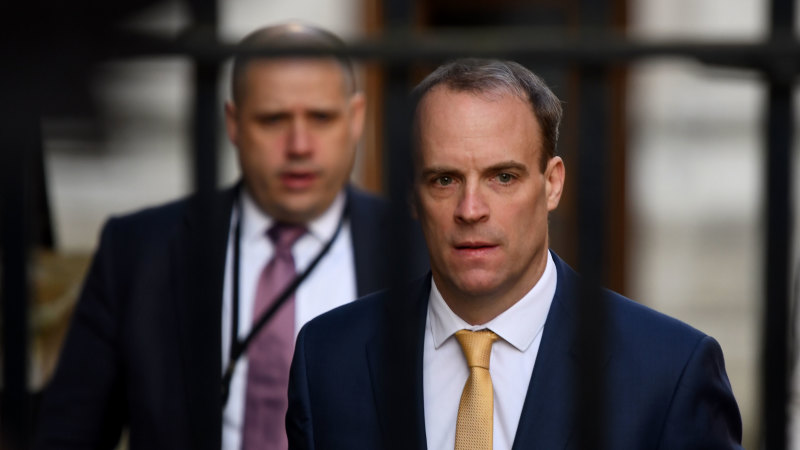 Raab said he was “deeply troubled” by the law which he said, if imposed, would violate the 1984 agreement.

“We urge China to step back from the brink.”

“We are obviously deeply concerned about this step and working with our international partners what we now would like to see is China just pause for thought and step back from this step.

“The decision now lies with China but if it follows through on this legislation and implements it, it would clearly violate the autonomy of the people of Hong Kong,” Raab said.

Asked what Britain would do for the roughly 314,000 British national overseas (BNO) passport holders in Hong Kong, Raab said they would be offered a pathway to British citizenship.

BNO passport holders do not currently have right of abode in the UK.

“If China continues down this path and implements this national security legislation we will change that status, and we will remove that six-month limit and allow those BNO passport holders to come to the UK and to apply to work and study for extendable periods of 12 months and that would itself provide a pathway to future citizenship.

“If they implement and apply this national security legislation in the terms that have been described, we will change the BN[O] passport holder status and the arrangements,” Raab said.

But Charles Parton, a former British diplomat who has spent more than two decades working in China, Hong Kong and Taiwan, told The Sydney Morning Herald and The Age the move would not deter Chinese President Xi Jinping from pursuing his aim to take control of Hong Kong.

“In terms of protecting people in Hong Kong, it doesn’t have any effect,” he said.

“As a measure to reinforce ‘one country-two systems’, Beijing is not going to pay any attention to it.

“I don’t think that Beijing will be deflected from its purpose by this.”

Prime Minister Scott Morrison said the Australian government had been clear in its position “regarding the basic law and what we consider to be the departure from those principles which is widely seen as the ‘one-country, two-systems’ process”.

“The situation for Australia is principally driven by the fact we have a large number of Australian residents, and those with connections with Australia, who live in Hong Kong. And obviously we are keen to provide them with the enormous support we would normally provide to an Australian resident in any situation like this,” Mr Morrison said.

Mr Morrison said his government was not considering sanctions against China over the new national security law but “we’ve expressed our view and expressed it I think in a very diplomatic and courteous way”.

Previous America at boiling point: how one death rocked a nation numbed by 100,000
Next Why there are doubts over an 18-team AFL competition