Breaking News
Home / Sport / ‘We don’t know how good she is’: Fituese takes on next challenge

‘We don’t know how good she is’: Fituese takes on next challenge

admin May 29, 2020 Sport Comments Off on ‘We don’t know how good she is’: Fituese takes on next challenge 38 Views 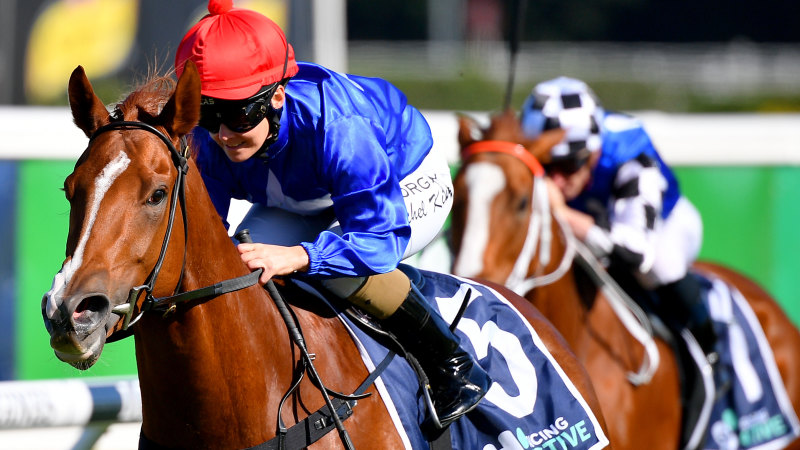 Fituese leads the BOBS horse of the year standings and another victory at Rosehill on Saturday would just about wrap up that award with a couple of months to spare. Her total of bonuses earned this season would exceed $100,000 with victory. She already has more than $230,000 in prizemoney.

It is another success story for Prime Thoroughbreds, which only paid $85,000 for Fituese and also has gun filly Rubisaki.

Fituese stands out on a winter afternoon where the feature is a Lord Mayors Cup made up of seasoned stayers against another late-season three-year-old Bottega, which is a $3.70 favourite.

“I think he is good enough to beat the older horses. If he can, it will get his rating and prizemoney up to a place where we will get into the races we want to in the spring and next year,” trainer Gerald Ryan said.

“He is still learning and will mature more with a break, but he is good enough now.

“I think the 2000m might be his best trip and I think he is up to beating the older horses on Saturday which will go a long way to getting him to a level where he will gets a run in nearly anything.”

Ryan is thinking about the Epsom and Golden Eagle with Bottega in the spring and a listed success will have him well positioned for those races.

Fituese, already a listed winner against the fillies, is a $1.75 Beteasy favourite as she steps up against the older horses at 1200m. Thompson wants to test her after wins at 1000m and 1100m to start this campaign.

“It is another step and another challenge,” Thompson said. “I think the 1200m will not be a problem, just because of the way she is.

“The heavy track is something she has seen before but she has handled a slow track.

“It is always a challenge for a three-year-old against the older horses. But she is a filly that I would be confident in handling all those challenges.”

Fituese won the Denise’s Joy Stakes at listed level last time but is still remarkably well served down in the weights in the benchmark 88 on Saturday.

“She is going to get a lot more chances at group level but you want to take the these races in the benchmark system with her while you can,” Thompson said.

“She is small but so athletic, they usually handle soft ground, and I think she is going to strengthen up as she matures and will win a nice race.”

Previous ASADA hones focus on Xerri’s family in drugs investigation
Next Ploughing the field for the AFL: how V’landys sees race