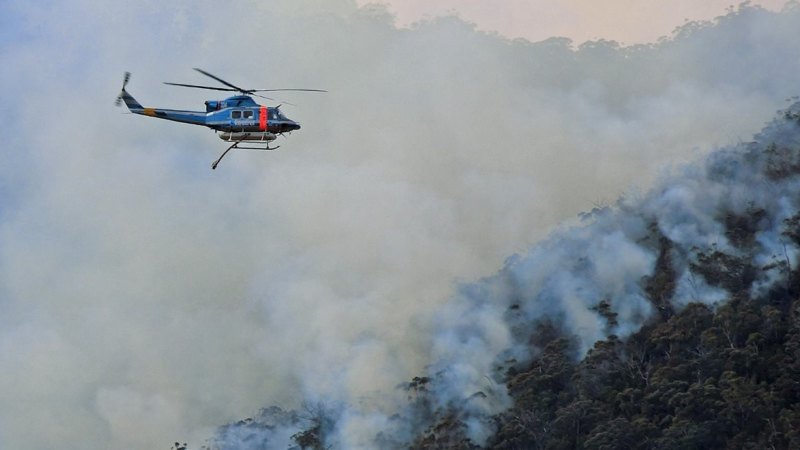 The chairman of the royal commission, Air Chief Marshal Mark Binskin, put it to Mr Ellis that there was not a “national picture” of availability and locations of volunteers and other firefighting resources.

Air Chief Marshal Binskin made the observation that the National Resource Sharing Centre, run by AFAC, “has no idea if a jurisdiction is reaching the capacity [of its firefighting resources] under the known or forecast conditions”.

The record-breaking 2019-20 Black Summer fires highlighted the growing importance of aerial water-bombing. The Australian Safety Transport Bureau said aerial firefighting activity was around four times higher than in any other recent season.

Managers of private water-bombing fleets told the commission of their frustration at watching small fires grow into dangerous blazes while they waited for an order from the state emergency services to fight the fire.

In February, The Sydney Morning Herald and The Age reported warnings from former fire chiefs about a “ridiculous” funding rule preventing emergency services from water bombing small fires before they turned into mega-blazes that destroyed homes and killed people.

John McDermott, the president of McDermott Aviation, the largest privately owned helicopter operator in Australia, said “watching the fire develop when you’re sitting with a helicopter ready to go and attack it is a very frustrating exercise”.

Philip Hurst, the chief executive of the Aerial Application Association of Australia, which represents pilots and operations staff, said firefighters were “labouring” under a lack of a “national overarching system” to deploy resources such as water-bombing aircraft.

“I can’t imagine anything more frustrating than watching a fire get bigger and bigger while you’re sitting on the ground waiting for dispatch,” Mr Hurst said.

The commission is covering a range of complex issues including tackling rising bushfire risks created by global warming, land management techniques, planning laws, and how federal and state governments work together to improve emergency response and recovery for local communities. It is due to report back on August 31.

Previous Pay day: Cricketers set to fight if CA projections are not ‘reasonable’
Next ‘People were panicked and tripping over’: DC protesters fear worse to come