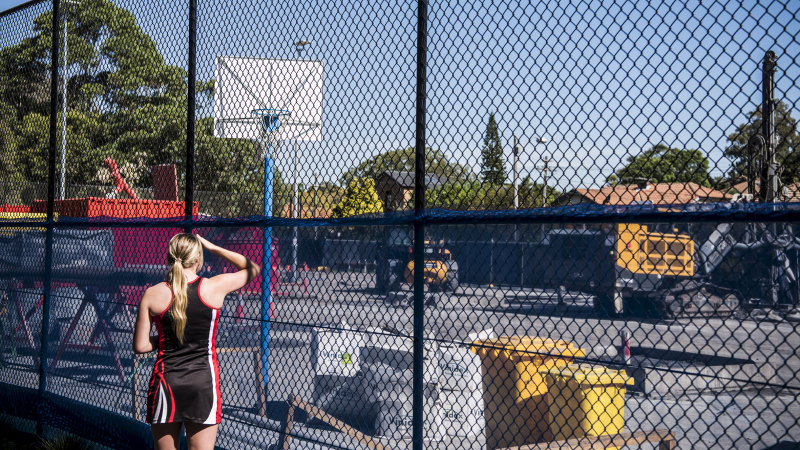 Campbell argued that to complete a full season, netball would need to return by July 18 so it wouldn’t clash with other sports.

“What if you are a 17-year-old playing in a team, an emerging elite player, and three of your team members are 19? What happens, do we just not play?” she said. “There has been no understanding of the consequences of a decision like this.”

There was also disappointment over the fact that no funding has been announced for community sport.

NSW Football chief executive Stuart Hodge said the organisation was concerned about the lack of clarity for senior players. More than 80,000 senior men and women play football across NSW.

“Most community clubs operate senior and junior programs,” he said “Seniors account for approximately 30 per cent of total players but cover around 50 per cent of the operating costs. Without senior football, there will be an even greater financial impact on the game at every level.”

NSWRL boss David Trodden said for rugby league, there was no point even starting a competition after July 18.

“We are sort of running out of time to run a winter competition,” he said. “With the adult teams, women teams and regional team, they play such essential roles in their respective communities that they can do so much good in terms of the healing of the recovery process of COVID-19.”

Trodden also said rugby league would need a solid amount of time before the return date to restart adult leagues in terms of preparation across the state.

Time is also running out for Aussie rules football, with AFL NSW/ACT acting chief executive Tiffany Robertson eager to see more guidance from the government. The sport is preparing for midweek fixtures to make up for the lost time.

“The latest we could possibly start is beginning to mid-August date,” she said. “The financials are really challenging for senior footy clubs, most of them would have canteens or crowd gate revenues through finals. Each of them have their own circumstances.

“The sooner that we can get certainty in that space, then our bigger clubs and leagues and our senior footy competition will then be able to solidify their plans for their season.”

Paul Avery, president of Balmain & District FC, the largest football club in Australia, was more understanding of the government’s timeline.

“I guess we all assumed that once they restarted community sport, that it would be all age groups. There was no initial thought that they would split them, but at the same time, it’s a start,” he said. “I think it’s reasonable that the government take a little bit of extra time if they have concerns.”

Previous Revised Formula One calendar gets green light
Next Could we save Melbourne’s restaurants by allowing them to use public spaces?