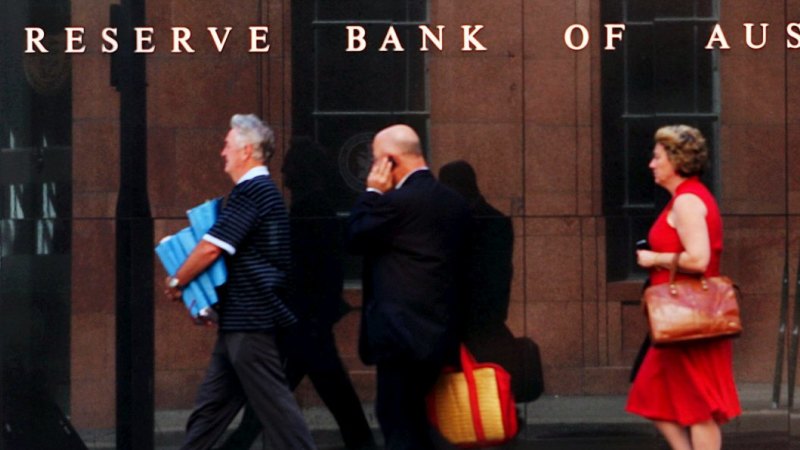 “It is possible that the depth of the downturn will be less than earlier expected,” he said in a statement accompanying the rates decision.

“The rate of new infections has declined significantly and some restrictions have been eased earlier than was previously thought likely.

“And there are signs that hours worked stabilised in early May, after the earlier very sharp decline. There has also been a pick-up in some forms of consumer spending.”

Dr Lowe said despite these positive signs, the outlook was highly uncertain and the pandemic was likely to have “long-lasting effects on the economy”.

Market analysts had been expecting the decision to keep rates steady despite calls from one of the nation’s most senior economists, Westpac’s Bill Evans, for the RBA to consider negative interest rates to accelerate growth and put downward pressure on the Australian dollar.

The bank took the cash rate down to 0.25 per cent in late March while undertaking a suite of measures to support the economy, including the purchase of more than $50 billion in state government bonds and extending $90 billion to banks prepared to lend to small and medium-sized businesses.

The rates decision followed the release of key data that will feed into Wednesday’s national accounts.

The Australian Bureau of Statistics reported net exports would probably add 0.5 percentage points to GDP growth for the quarter. It said while export volumes fell 3.5 per cent in the quarter, imports dropped by 6.2 per cent. Imports of capital goods alone fell 10 per cent.

The impact of the border closures introduced to stop the spread of coronavirus into the country was evident in the figures, with tourism exports falling 20 per cent.

Separate data from the ABS showed wages and salaries were flat through the quarter, hitting the capacity of Australians to spend on goods and services. It was the second-worst quarterly performance in a decade.

Inventories dropped by 1.2 per cent through the same period, stripping up to 0.5 percentage points from growth.

In a broader sign of the troubles facing the economy, the Social Services Department revealed to a Senate committee there were 1.64 million people on the JobSeeker unemployment payment as of May 22. This was a 300,000 jump in a month, with another 45,000 claims yet to be processed.

A negative result in the national accounts would be the first time the economy has suffered a contraction since March 2011, when cyclones flooded mines in Queensland and Western Australia. After shrinking by 0.3 per cent, the economy bounced back the following quarter to expand by 1.2 per cent.

A drop in GDP would put Australia half way to the popular definition of a recession of consecutive negative quarters of growth. All economists, the Treasury and the RBA are resigned to the June quarter showing the economy experiencing its worst three-month period since the 1930s.

National Australia Bank is predicting a result of minus 0.1 per cent, ANZ is forecasting minus 0.2 per cent, Commonwealth Bank and AMP are at minus 0.3 per cent while Westpac is tipping minus 0.4 per cent.

ANZ senior economist Felicity Emmett said the March-quarter national accounts were not only affected by the coronavirus pandemic but also the summer’s bushfires in NSW, Victoria, South Australia and WA.

She said the biggest unknown was consumer spending, noting that while Australians panic-bought goods from the nation’s supermarkets through the quarter, services spending was likely to have been quite weak.