admin June 3, 2020 Sport Comments Off on CA braces for a potential pay dispute with players 24 Views 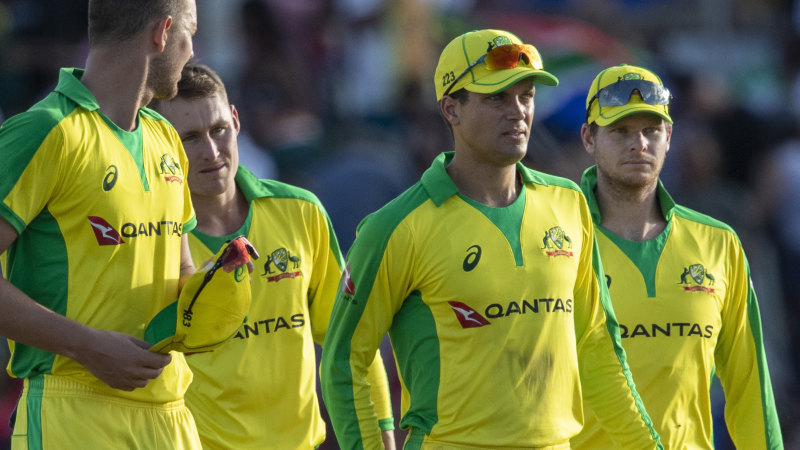 The board of the Australian Cricketers’ Association is due to meet on Thursday morning, and it may take a highly detailed explanation from CA for players to accept such a pessimistic outlook. Mediation will be required if common ground is not reached.

A 25 per cent reduction on the pre-pandemic revenue figure of $407 million would take it down to about $305 million, just below the initial $323 million expected before the $1.2 billion TV deal was signed in 2018.

This would see players lose $28 million in payments though CA chief Kevin Roberts has said its calculations would not affect retainers, match fees, bonuses and prize money from domestic competitions for the next two seasons.

Instead, the hit would be felt by players at the end of the five-year pay deal in 2022 when they are to receive what is likely to be significantly reduced adjustment ledger, which accounts for exceeded revenue predictions.

CA is also waiting to hear back from NSW and Queensland having told staff at his weekly meeting states have been presented with the information they requested.

Workers were told CA will know within two weeks the extent of the “unavoidable” job cuts, which will affect every department, including the coaching and support staff of the two senior national teams.

CA has already stood down about 200 staff on 20 per cent pay for an estimated saving of $3 million, a move which has angered its workforce and left stakeholders bewildered.

“Given the economic uncertainty caused by the coronavirus pandemic, many organisations are working with scenario plans rather than developing precise financial projections that may need to be updated various times in ever-changing circumstances,” Roberts said.

“We face similar challenges in projecting cricket’s revenue, however we wanted to fulfil our obligation to provide the ACA with our outlook for the next two years, along with additional information on various possibilities for that period.

“Our planning for the 2020/21 season also needs to respond to ongoing uncertainty in relation to travel, mass gatherings and economic conditions that mean the season will most likely look quite different to what we are accustomed to.

“It’s important to note that the revised revenue projection provided to the ACA will have zero impact on the value of player retainers, match fees, national team performance bonuses or domestic competition prize money in 2020/21 or 2021/22.

“As it stands, the revised revenue projection would impact the amount owing to the players at the end of the five-year MOU agreement in 2022, however we are focused on maximising revenue in the next two years and we commend the players for their approach to this situation.”

Before the pandemic, CA had projected it would have about $70 million in the bank by the end of June but that dropped to $40 million due to the economic downturn, leaving Jolimont fearing it would run out of money in five weeks should there be no incoming revenue in that period.

The $30 million difference is due to the $10 million hit on investments, a further $10 million in overdue debt, loss of revenue from the postponement of the New Zealand one-day international series (about $2 million) and the Indian Premier League (about $1 million), expenses to the local organising committee of the T20 World Cup ($4 million) and other areas.

Under a forecast that it would lose 50 per cent of its revenue, CA feared it would be $142 million in deficit by next June. It believed it could return to the positive through securing a $100 million line of credit from the banks and savings of $65 million from staff cuts ($37 million) and reductions to state grants ($28 million).

Victoria, Tasmania and South Australia have signed up for a 25 per cent in cuts, an agreement that will not be affected should NSW and Queensland continue to hold out. Western Australia’s signature is tied to all states agreeing.