GDP figures show without a latte, there’s no economic stimulation 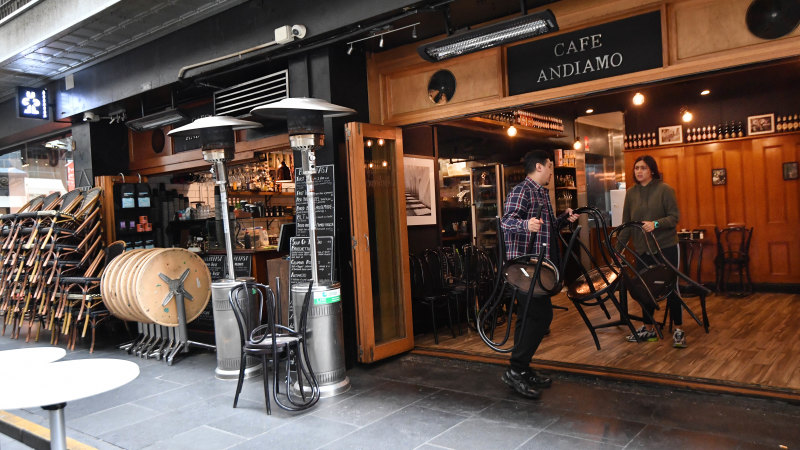 The only thing that stimulated shoppers through the quarter was the chance to find a 48-pack of toilet paper or an untapped aisle of pasta.

All told, GDP contracted by $1.5 billion in the March quarter. Household consumption shrank by more than $3 billion.

The importance of consumers to the overall economy is one of the reasons Josh Frydenberg and the rest of the government are talking so much about ways to boost shopper confidence.

A consumer afraid or unable to shop punches holes in the overall economy. Those punches eventually lead to the unemployment queue, where a record 1.7 million people now sit.

Tax reform or industrial relations changes or “shovel-ready” infrastructure will deliver long-term benefits to the economy, undoubtedly. But getting shoppers to tap-and-go for non-essential services is going to prove much more difficult.

The overall 0.3 per cent drop in GDP in the quarter was a stellar performance by any fair international comparison. Australia benefited from not locking down the economy to the extent seen in nations such as Italy or China, and when shutdowns started, they occurred in the second half of March.

The June quarter will show the biggest contraction since the Great Depression but will still probably be better than most other nations.

Australia is now in the enviable position of being able to lift the most economically onerous restrictions due to the way the country has managed the spread of the coronavirus. There are hundreds if not thousands of people alive today thanks to that success.

But it has come at a cost. In an economic sense, it is measured in the number of unemployed and the end of Australia’s record run without a recession.

In a budget sense, it is going to be in deficit for years with a debt load that will take decades to pay.

And in a political sense, the test will come over the months ahead for the Morrison government and particularly Josh Frydenberg to argue the way out.