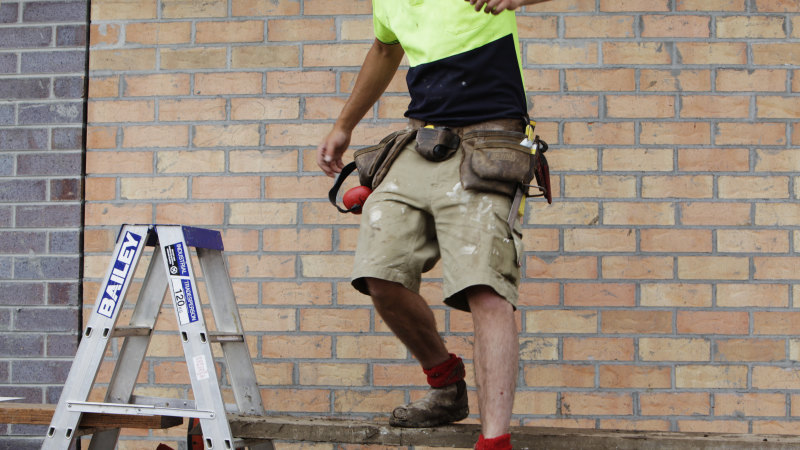 Building approvals fell by 1.8 per cent in April after a 2.6 per cent drop in March.

Over the past year, 174,719 homes were approved by councils for construction, more than 22 per cent down on the average of the past 10 years.

Alterations and additions tumbled by 13.2 per cent in April, the biggest drop in three years, while commercial building approvals dropped by almost 12 per cent.

Prime Minister Scott Morrison said the investment wasn’t just about helping Australians bring their dream home to life, but supporting the more than one million builders, painters, plumbers and electricians across the country.

“This is about targeted taxpayer support for a limited time using existing systems to ensure the money gets used how it should by families looking for that bit of extra help to make significant investments themselves,” Mr Morrison said.

“If you’ve been putting off that renovation or new build, the extra $25,000 we’re putting on the table along with record low interest rates means now’s the time to get started.”

They must enter into a building contract between July and December 2020 to either build a new home as a principal place of residence valued up to $750,000 including land.

Those planning to substantially renovate their existing home as a principal place of residence, can access the grants for renovations valued at between $150,000 and $750,000 with the home not valued at more than $1.5 million before the renovation.

HomeBuilder cannot be for used for additions to the property that are unconnected to the principle place of residence such as swimming pools, tennis courts, outdoor spas and saunas, sheds or garages.

Owner-builders and those seeking to build a new home or renovate an existing home as an investment property will be ineligible for scheme.

Housing Industry Association managing director Graham Wolfe said the incentive was the largest direct contribution to households an Australian government had ever made and will ensure concrete slabs would be poured in the second half of the year, helping the sector avoid the predicted significant contraction in new home building activity.

“This incentive will support hundreds of thousands of workers across the residential building industry,” Mr Wolfe said. “It will help home builders and trade contractors along with their staff and suppliers.”

Housing Minister Michael Sukkar said residential construction was vital to Australia’s economy, with dwelling investment worth more than $100 billion or around 5 per cent of our economic output each year.

He said the government’s First Home Loan Deposit Scheme had already helped 10,000 first home buyers get into a home of their own this year.

“HomeBuilder will build upon this, creating even more opportunities for Australians to build a new home or renovate an existing home for their family, while supporting our vital residential construction industry,” Mr Sukkar said.

Previous As the day unfolded: National Guard deployed in New York, LA and Washington as Trump threatens Black Lives Matter demonstrators with US military
Next Homeowner handouts are not the best form of stimulus spending