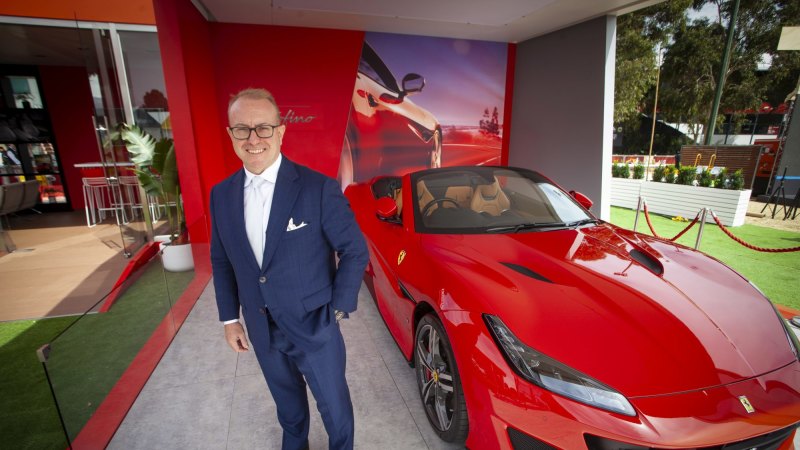 The woman resigned at the end of her maternity leave and launched a worker’s compensation claim against Ferrari Australasia.

In sensational claims, Mr Appleroth alleged in his statement of claim that it was a “notorious fact among the senior officers” at Ferrari that very senior staff “routinely” had “consensual sexual relations” with subordinate employees without any impact on their jobs.

He named Maurizio Arrivabene, principal of the Scuderia Ferrari Formula One Team and Mr Luca Zanetti, global head of sales, as examples of staff who had had sexual relations with subordinate employees in the workplace. Neither executive was able to comment in time for publication.

Mr Appleroth’s statement of claim revealed his former lover had told a worker’s compensation investigation she had been subject to verbal abuse by Mr Appleroth and that “whilst at work, Mr Appleroth tried to talk [the employee] into a termination of her pregnancy”.

The employee also asserted in the investigation she believed that “Ferrari Australasia had been looking at ways to ‘get rid of’ [me] if she returned to work.”

For his part, Mr Appleroth claimed that any termination of his employment contract was out of step with the gravity of his actions, and “was not proportionate and reasonably necessary to protect a legitimate business interest” of Ferrari.

He claimed that while he had “had consensual sexual relations, including intercourse, with [the employee] it did not affect any legitimate business interest of the employer”.

Mr Appleroth, who was paid $320,000 a year and was entitled to a $160,000 annual bonus and had a company car, also claimed the company “misled” him in the course of a workplace investigation.

He claimed in court documents Ferrari failed to let him know that the investigation could be used against him, and that a company-supplied lawyer was working in the interests of the company.

Mr Appleroth said he willingly participated in the investigation and had taken the advice of a lawyer supplied by the company, Holding Redlich partner Stephen Trew.

Mr Appleroth said he should have been told that he “was entitled to, or should consider obtaining, independent legal advice”.

Ferrari president and regional boss Guiseppe Cattaneo decided late last year to terminate Mr Appleroth’s employment despite his success in the role and recognition across the industry he had significantly lifted the brand profile across Australia.

Bosses cited a loss of confidence in his leadership demonstrated by the number of complaints lodged against him, the exposure of Ferrari to potential legal claims arising out of his alleged conduct towards certain staff in the Sydney office, including an allegation of sexual intercourse with a subordinate and allegations he engaged in other inappropriate conduct towards staff members.

On Thursday, the woman succeeded in having her identity and the identity of her son suppressed.

Michael Evans is Investigations Editor at The Sydney Morning Herald.

Previous ‘I was paying my respects’: Terry Lamb on his NRL biosecurity breach
Next Protesters’ cause is just, but it is vital they tread a safe path