‘Knocking on your door’: Probe into fatal hit-run on Princes Hwy

admin June 4, 2020 National News Comments Off on ‘Knocking on your door’: Probe into fatal hit-run on Princes Hwy 18 Views 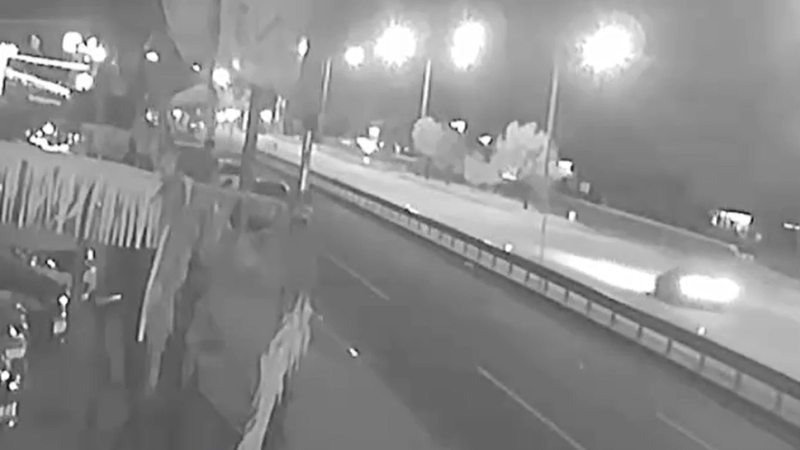 Detective Senior Sergeant Gerard Clanchy acknowledged there was a “substantial number” of cars that fit the description.

“Once we get more information around the colour, we will narrow that down to around that area and then we’ll be obviously going to each one of those registered addresses and speaking to the owners and inspecting those vehicles,” Sergeant Clanchy said.

He said that the motorist would have known they hit someone given the 80km/h speed limit on the Princes Highway and the impact knocking off the mirror on the driver’s side.

“When you strike someone at that speed, yes, you’ll definitely know that you’ve hit someone. The fact that there is damage to the driver’s side area of the vehicle, the person would know they’ve hit someone, it would be quite clear,” Sergeant Clanchy said.

“We would appeal for that person to come forward, because we will identify the vehicle involved and then we will be knocking on your door.”

He said detectives were prepared to listen to the driver’s explanation, but said failing to stop could be the difference between life and death.

“It is a horrible thing to do, because the difference between somebody living, getting prompt medical attention, surviving their injuries, can be a matter of moments,” Sergeant Clanchy said.

“Your obligations are under the law, but also there is that human involvement as well, that you could be the difference to this person living or dying if you don’t stop.”

Police have been canvassing CCTV from the area and Sergeant Clanchy said the hit-run victim appeared to have been walking in the area for about 10 minutes before the crash.

“We are still investigating what he was doing,” Sergeant Clanchy said.

The man’s next of kin has been notified.

Another motorist had driven around him on Dandenong Road, and Sergeant Clanchy also appealed for that motorist to come forward.

Detectives had appealed for two drivers to come forward, and one has already made contact.

Police have released CCTV footage of a car of interest.

Police are urging any witnesses or anybody with dashcam footage to contact Crime Stoppers on 1800 333 000, or submit a confidential report online at www.crimestoppers.com.au.