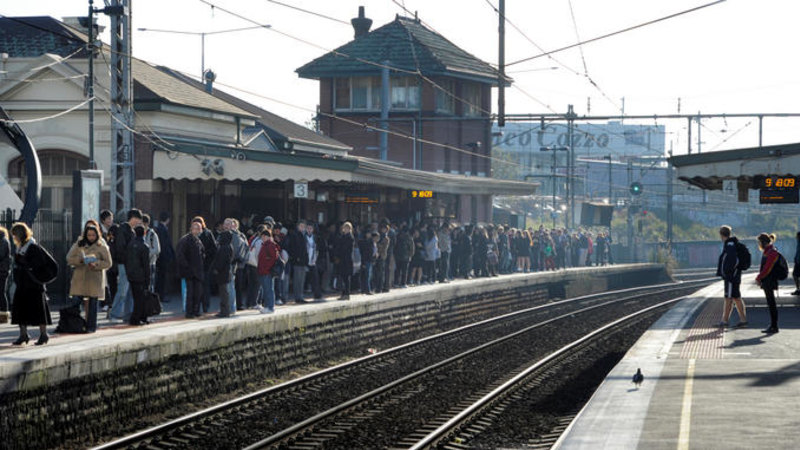 Police are keen to speak to a Good Samaritan who tried to help the man. He is described as African in appearance and aged in his 20s.

Anyone else who saw the incident or was at the station at the time is also being urged to contact police.

A witness who was on another train at Footscray station told The Age he saw the man get out of one of the middle carriages having an “animated discussion” with a friend.

“Then the guy slipped between the carriage,” he said. “His friend was trying to grab his hand and pull him up and the train took off.”

The witness said several people on the platform tried to help, including some who ran to wave at the driver to stop.

An Ambulance Victoria spokesman on Tuesday afternoon referred all inquiries about the incident to Victoria Police.

Buses replaced trains on the Sunbury line between North Melbourne and Sunshine for several hours after the incident.

Anyone with information or with footage is urged to contact Crime Stoppers on 1800 333 000 or submit a confidential report at www.crimestoppersvic.com.au