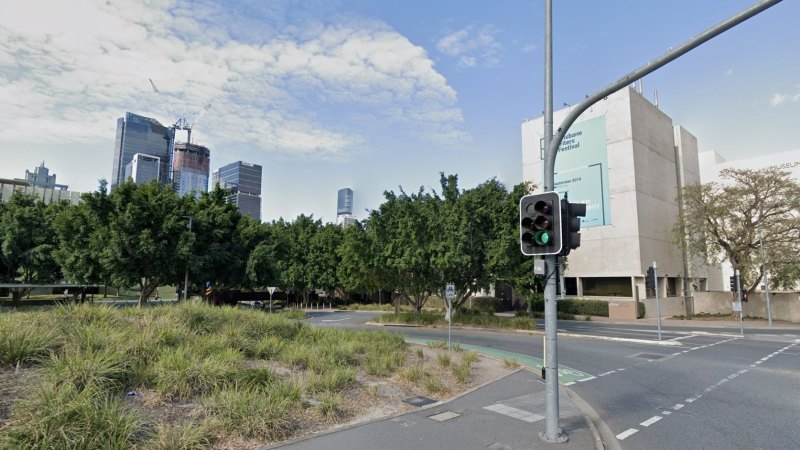 “With many infrastructure projects there is a requirement to remove vegetation, just like how the state government’s Queen’s Wharf development required seven mature trees to be removed last month.”

The spokeswoman said any tree removals were replaced and the council would replant 13 trees, including three five-metre fig trees and more than 3000 shrubs in the area to off-set the loss.

The intersection upgrades at the corner of Peel Street and Grey Street, coming off the William Jolly Bridge, were slated as part of several upgrades for the council’s $944 million Brisbane Metro ahead of Victoria Bridge being closed to traffic.

Greens councillor Jonathan Sri, in whose ward the intersection sits, had called for the trees to be saved and questioned why the state government was allowing the council to cut them down.

Correspondence to Cr Sri from the council, shared on his social media, said the council had investigated “a number of options” after community feedback on the planned tree felling.

One tree was “already in ill-health” and others very close to underground services including water and gas mains, the letter said, which could cause damage to the utilities if the trees were relocated.

“It’s extremely disappointing that Brisbane City Council is removing trees and widening an intersection to carry more cars in an area where we should be encouraging walking and cycling, not driving,” Cr Sri said.

“Although smaller replacement trees and shrubs will eventually be replanted, overall we will still be losing hundreds of square meters of green space, with bitumen and concrete replacing garden beds.

“Removing 15-year-old trees just so people can get out of the underground car park 10 seconds faster is a step in the wrong direction.”

Previous ‘Knocking on your door’: Probe into fatal hit-run on Princes Hwy
Next Putin declares state of emergency after diesel fuel leak in Siberia