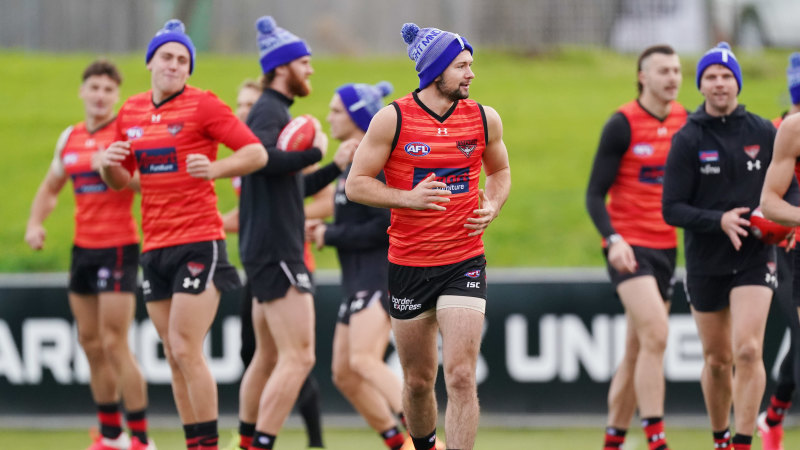 Two weeks ago, Kangaroos coach Rhyce Shaw joked about the prospect of travelling with the Bombers but said the team was happy to do whatever was required to get the season up and running.

“If we have to share with another team, we’ll do that. It’s not ideal, especially with that team, and we’ll just see how we go,” Shaw said.

The same day arrangements mean North Melbourne will land about four hours ahead of their match against Greater Western Sydney at Giants Stadium in the Olympic Park precinct with the ball being bounced at 1.05pm.

Essendon, which plays Sydney at the SCG at 3.35pm that day, will head to their hotel to begin preparation for their match where they will have to follow strict protocols to limit interaction with the community.

The return flight from Sydney will not occur until 8pm, meaning the Kangaroos will have to wait until after the Bombers’ match is completed before travelling to the airport.

The Kangaroos play Sydney the following Saturday at Marvel Stadium, with the Giants playing the Western Bulldogs on Friday night. It is unclear yet whether they will share flights both to and from Melbourne given they are playing on different days.

North Melbourne’s skipper Jack Ziebell will be available for the clash having recovered from the knee injury he suffered in round one, while the Bombers have no doubts about Michael Hurley although he has trained away from the main group on several occasions.