Lions take a knee in stand against racism

admin June 5, 2020 AFL Comments Off on Lions take a knee in stand against racism 27 Views 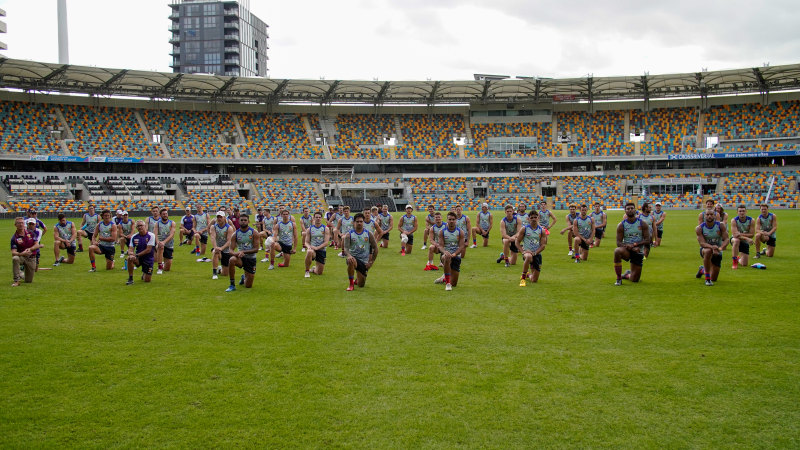 “When I got here six years ago it felt like we were a club where reconciliation week would roll around and we would just pump out a jumper and that was it,” he told The Roar Deal podcast.

“I think there are a lot of businesses and companies and sporting organisations that do that and I’ve been thinking the pasts few days how I’m really proud that this isn’t a one week or two week thing for us, it is part of our culture now.”

All four sacked police officers involved in Floyd’s death have now been charged as protests continue across the US.

In Sydney there is a push from officials to stop the “Black Lives Matter” protests slated for Saturday in a bid to make sure COVID-19 social distancing rules are followed. On Wednesday, AFL superstar Lance Franklin made a rare public foray into the race debate, noting that Indigenous Australians are far more likely to be jailed than even African Americans.

Opals star Liz Cambage encouraged Australians to march on Saturday, while NBA veteran and Boomers star Patty Mills has dedicated his life away from the court to the advancement and understanding of Australian Indigenous people.

Previous ‘I opt out’: Indonesia’s ambassador to India promotes anti-vax views
Next Rising tide of anger against beach box revamp