admin June 5, 2020 Sport Comments Off on NRL 2020 as it happened: Munster magic the difference as Storm topple Souths 42 Views 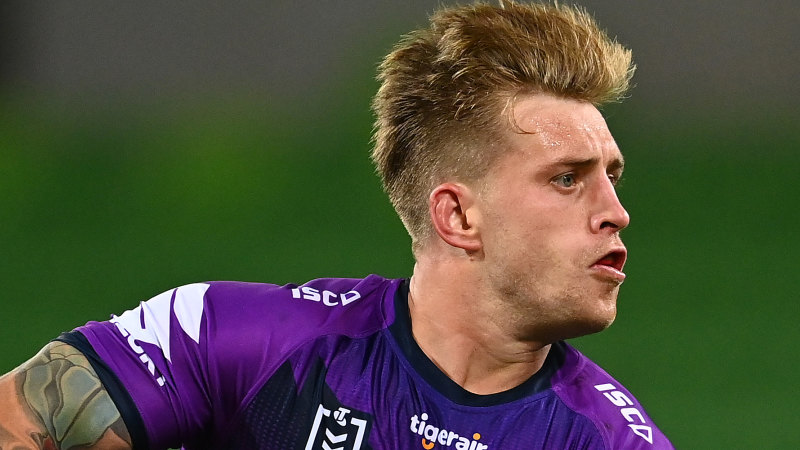 The final siren has rung out at an empty AAMI Park. Melbourne finish with a 22-8 win.

Souths are now 1-3. Wayne Bennett’s men have very winnable games against the Titans and Warriors coming up but must improve before facing an acid test against Penrith in three weeks time. Watch this space.

Melbourne were back to somewhere near their best tonight after a terrible showing against Canberra. They have a tough fortnight ahead against the Knights and Panthers, which will determine whether they are still a top four side.

Thanks for following tonight. It’s been swell. See you all this time next week.

Justin Olam is in and Melbourne are home and hosed.

A cracking run, offload combo from Christian Welch and quick hands from Cameron Munster, Cameron Smith and Josh Addo-Carr puts the centre in.

Smith adds the extras and it’s 22-8 with one minute until the final siren.

If Smith didn’t kick the Storm clear with that last conversion, he certainly did so with this try saver on Dane Gagai.

One of the best to ever do it has certainly still got it.

Cameron Munster has been the difference tonight.

He set up Melbourne’s second try with his trademark palm and run through midfield and now, he has caught an average Cam Smith pass, settled himself and kicked cross-field to find a wounded Josh Addo-Carr in stride.

Smith keeps a cool head, adds the extras from the left sideline and Melbourne have now kicked out to what should be an unassailable 16-8 lead.

Adam Reynolds has gone to the captain’s challenge twice tonight and emerged with a perfect 2-0 record.

This time, the Souths skipper spotted a knock on by Suliasi Vunivalu before Latrell Mitchell dropped an Alex Johnston pass cold.

Cam Smith raises Adam Reynolds’ penalty with two points of his own and Melbourne are back in front.

It’s 8-all with 28 minutes to play after Adam Reynolds slotted a penalty goal.

Jahrome Hughes appeared to have almost certainly scored Melbourne’s third try of the night but the bunker ruled there was obstruction in the lead up.

Nine commentator Phil Gould was filthy with the decision. He labelled it a “ridiculous call”. A quick glance at the NRL Twitter-verse suggests he is not alone.

It does appear to be the correct application of that rule but it certainly doesn’t pass the pub test.

How about this from Ryan Papenhuyzen. The man is a freak athlete.

We’re back underway at AAMI Park.

Can Melbourne hang on to this 8-6 lead?