Classique Legend a class above to continue Everest climb

admin June 6, 2020 Sport Comments Off on Classique Legend a class above to continue Everest climb 12 Views 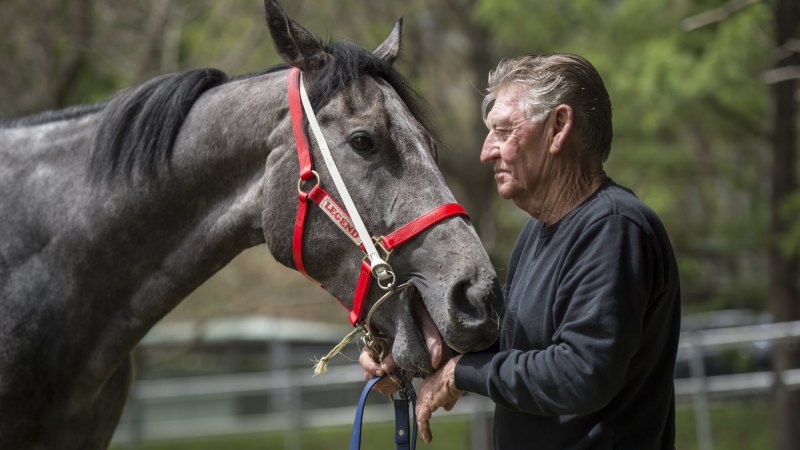 “He got into a bit of a fight there and fought hard,” jockey Kerrin McEvoy said. “It is good to have him back and I am grateful to have him on our shores. He went out a boy and has come back a man, so he is in for a good spring.”

The indecision over leaving for Asia meant Classique Legend, which had his last start in November’s Golden Eagle, missed the autumn and forced trainer Bridge to utilise all his 50 years’ experience to have him ready for the Bob Charley.

“This was the tightest schedule I have ever had for a horse – he’s only been in about seven weeks,” said Bridge, who watched from home. “The horse had to be just outstanding to win. He’s just a good horse. He’s still pretty big.

“It takes a lot to get me off the bit. But I was off the bit today because I have been worried about the track since Tuesday. It looked closer to heavy to me and the wide barrier worked in our favour.”

Bridge has always said Classique Legend’s best was still to come despite a luckless sixth in last year’s Everest, but had resigned to doing it in Hong Kong.

There were plenty of reasons for him not to win on Saturday, chief among them the testing track and wide barrier. Those factors saw him drift from $2.80 to $3.40, but Bridge stubborn.

“He is a horse that comes to hand quickly and he showed that there, he has gone out there and won that race. “To be fair he is only 85 per cent. He is not fully screwed down so that’s what class horses can do.”

Bridge will give him a break before getting him ready for The Shorts and the Premiere Stakes as build-up for The Everest, for which he is still a $15 chance.

Meanwhile, in another spring pointer to close the day, Opacity came from last to a victory which displayed his own talent, with trainer John O’Shea eyeing the Epsom and Golden Eagle.

“I know it’s only winter but he did have 59kg and he’s a three-year-old [against older horses] and against the bias a bit there today in terms of the tempo, so we’re really proud of him,” O’Shea said.

“He continues to put ones next to his name and I think Hugh [Bowman] thinks quite highly of him. He’s won on him his last two goes.”

Bowman didn’t panic on Opacity, following Word For Word through before proving too strong.

“He is a bit quirky but there is something about him. He is pretty good,” he said.

Earlier, Brenton Avdulla emerged from a slump via a winning treble on Achiever, Princess Cordelia and Dealmaker. Sporting a bleached blonde look, Avdulla got the change of luck he had been looking for.

“Well I haven’t ridden a city winner for about six weeks and I had someone tell me the other day that I was about none for 80,” Avdulla said. “My sister-in-law is a hairdresser. She’s obviously given me a bit of luck.”