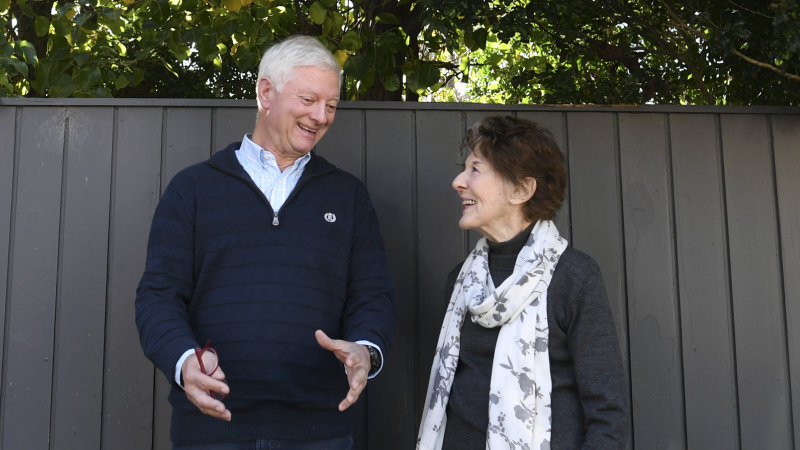 Before Mr Baer stepped in, the free service to the Family Courts in Dandenong and Melbourne was going to be shut down this month after funding was pulled.

Mr Baer, who worked in the financial sector in Melbourne for decades, had read about the service’s dire future and decided to act, donating in honour of his mother.

“The law is such a difficult sector to navigate, that’s why I think the Court Network is almost essential for people, for anyone, but especially for women,” Mr Baer said.

His mother Pat Baer, who had worked as a radiologist in London during World War II, was the first president of Court Network when it began in 1980. She didn’t live to see its expansion, dying in 1981.

Ms Baer, an Order of the British Empire recipient, was an advocate for victims of sexual assault and violence. She started a women’s refuge at the Royal Women’s Hospital, serving on the hospital board until 1977.

Mr Baer agreed to make his name public to encourage others who have the means to give to organisations in need, particularly during the coronavirus health crisis.

“If people can afford to do it, now’s the time to step up,” he said.

Carmel Benjamin, who was a friend of Mr Baer’s mother, founded Court Network out of the Prahran Magistrates Court.

As an honorary probation officer and prisoner’s aid, the service evolved out of Ms Benjamin’s experience helping a war refugee who was in court supporting her husband.

“She needed information, but she was terrified of her husband’s solicitor who was an educated elite. I could get information for her to understand what was happening in court,” Ms Benjamin said.

Starting off with eight volunteers who responded to posters Ms Benjamin stuck-up in the Prahran library, Court Network now has more than 450 volunteers across the courts.

The funding cuts would have put an end to the almost 20 volunteers who work in the Family Court.

Ms Benjamin, awarded the Premier’s Volunteer of the Year last year, praised Mr Baer’s donation, saying it would give the network’s executive more time to firm up funding.

“They will continue to lobby after David’s extraordinary generosity. It gives them time to continue the fight,” she said.

Victoria Legal Aid provided the $130,000 per annum to train and supervise the Family Court volunteers as a “gesture of goodwill” after the federal government pulled funding. But Legal Aid said it ceased funding when its own capacity to provide legal assistance came under pressure.

“The federal government has had numerous inquiries into family violence and this is such a small thing to do to help people,” Ms Neave said.

The funding threat comes as the Queensland government, the only other state where the service runs, pulled most of Court Network’s financial support this year.