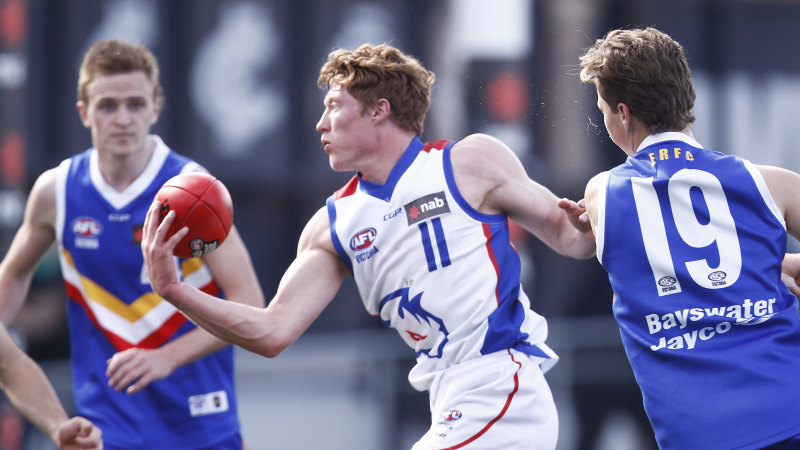 Although the government has indicated a further easing of restrictions would take place on June 22, there has been no specific direction in relation to second-tier and community football. Several  community leagues decided to end the uncertainty this week when they announced they would not play in 2020.

The APS competition, which includes many national draft prospects, has released a fixture for school football to return in term three, from July 25, and there is optimism that draft talent involved in the NAB League will have some opportunity to show their wares later in the season.

In the state league, non-aligned VFL clubs Frankston, Coburg, Williamstown, Werribee and Port Melbourne, as well as affiliated clubs such as Box Hill, Casey and Sandringham, remain hopeful an abridged version of the VFL can occur in 2020. They met with the AFL on Friday to discuss logistics.

Coburg has already stated they are 100 per cent committed to being part of the season when it resumes while several other clubs are still weighing up their involvement although their aim at this stage is to play.

The league is aiming to connect players who were signed to an AFL club’s VFL program to aligned clubs such as Sandringham, left with reduced lists after the AFL banned any AFL-listed player from playing in state leagues due to the coronavirus protocols.

Players from community leagues that have decided not to play in 2020 have also been contacting non-aligned clubs, seeking opportunities if the competition gets up and running. VFL clubs are aware WAFL and SANFL clubs are attempting to entice their players to relocate to play in their leagues.

Standalone VFL clubs are also concerned about what the competition may look like in 2021, with bosses of AFL clubs in Sydney and Queensland expressing support last week for an eastern seaboard state league competition being developed for AFL clubs.

Such decisions however are dependent on list sizes, which will be determined during a review of the Collective Bargaining Agreement, with the Players’ Association indicating they will need some convincing to agree to a change in minimum list sizes.

The 138-year-old Northern Blues (formerly Preston) have already folded after Carlton decided to step away from their partnership, which had stretched beyond the decade, due to the financial impact of the coronavirus.

Standalone VFL clubs with strong histories such as Port Melbourne and Williamstown have both won premierships within the past five seasons and been competitive as standalone clubs throughout.