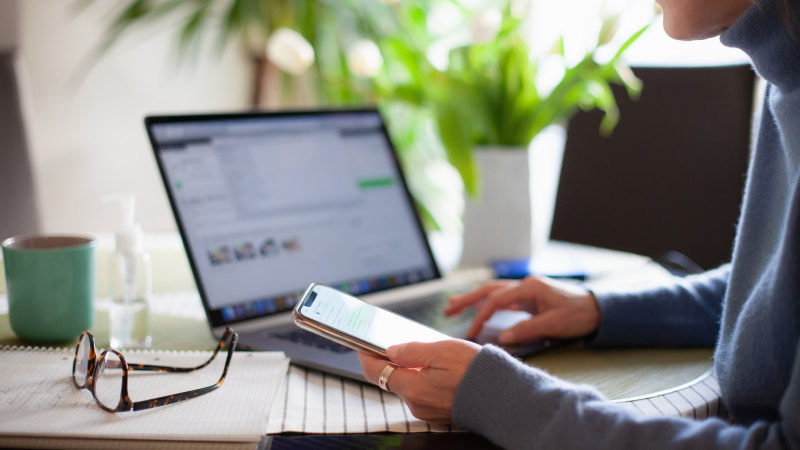 Ms McCann-Bartlett said the decision would not make employers less likely to allow working from home but employers would need to update their working-from-home checklists and provide an opportunity for staff to safely disclose any risk.

She added it was important to educate staff about what is a safe working environment so they could indicate they could not safely work from home, even if they did not want to divulge the details.

Michel Carroll and Steven Hill were employed by their financial planning business, SL Hill & Associates. One morning in 2010, Mr Hill attacked Ms Carroll with a hammer and killed her.

Mr Hill was suffering paranoid delusions that Ms Carroll was conspiring to steal his clients and ruin him.

Ms Carroll was survived by her teenage son and newborn baby and the children applied for workers’ compensation. The company had been deregistered so the Workers’ Compensation Nominal Insurer responded to and denied the claims.

The Workers’ Compensation Commission found in the children’s favour last year but the insurer appealed. In March, the NSW Court of Appeal upheld the commission’s decision to pay the children $450,000.

The judgment says an employer might not always be responsible for domestic violence between couples who work from home but in this case there was a “palpable and direct connection between Mr Hill’s delusions, Ms Carroll’s employment and the harm suffered by her”.

The court found Ms Carroll was killed while either performing work-related duties or on call and Mr Hill’s paranoid beliefs related to the way Ms Carroll performed her work duties.

Women’s Safety NSW chief executive Hayley Foster said many women had been forced to work from home with their abusers during the pandemic, without ever being asked if it was safe.

She welcomed the judgment because it would put the issue of family violence onto employers’ radars. If workplaces have more staff disclosing abuse and violence at home, they would need to develop policies in response – for example, they might provide time off for affected employees to attend court or put them in contact with support services.

Ms Foster said it was not an intrusion of privacy for workplaces to get involved in family violence situations.

“There’s an age-old argument that what happens behind closed doors is a private matter … but domestic and family violence is a problem for the whole community and we all have a level of responsibility,” she said.

“Once we get to the stage where people are unsafe, where they’re experiencing violence and abuse, then it actually is no longer a private matter.”