Breaking News
Home / Latest News / So you posted on Instagram. That doesn’t make you an activist

So you posted on Instagram. That doesn’t make you an activist

admin June 6, 2020 Latest News Comments Off on So you posted on Instagram. That doesn’t make you an activist 18 Views 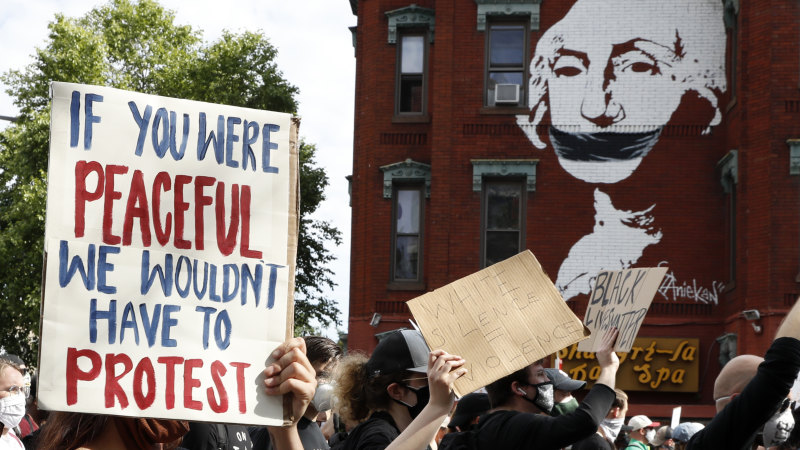 The posts multiplied hard and fast, as the same drawing of Floyd appeared on every second story, his final words “I can’t breathe,” the go-to caption. Soon, it seemed like the only thing anyone was posting was a single blank, black tile tagged with the #BlackLivesMatter hashtag.

It made my heart sing when I saw so many people standing up for what they believed in, at first, and in theory there is absolutely nothing wrong with these posts. But quickly I began to feel like these “beliefs” were more of a bandwagon to jump on.

The entire Black Lives Matter movement has fallen victim to trending culture, and the pattern of response to George Floyd’s death only highlights the superficial and performative nature of these “activism” posts.

And it’s not just the everyman claiming to be an ally to African-Americans.

News of celebrities missing the mark in showing support for their black community is infiltrating the barrage of BLM posts, and they’re being brought to task for their hollow and insensitive posts.

Lea Michele of Glee stardom has been called out for performative activism after she was accused of slinging “traumatic microaggressions” towards her coloured co-stars, following a tweet she posted on Sunday in support of eradicating racially motivated police brutality.

Harry Potter star Emma Watson shared the black tile in support of BLM not once, not twice, but three times – but not before editing a white border onto the images in order for them to fit in with her Instagram grid.

And to put the icing on an already duplicitous cake, models Cara Delevingne and Kendall Jenner have reduced the livelihoods of Black Americans to an Instagram challenge, pleading others in their elitist circle to repost and tag another 10 friends to prevent breaking the chain of #BlackLivesMatter

The death of Black Americans seems to always serve as a pedestal for people of white privilege – be it celebrities, politicians, or just your well-off mate down the street – to stand on in a bid to boost their ego. It says a lot about a person who shares one post about awareness and assumes their “activist” duties are done.

When it comes to social media, will action ever surpass reaction?

I’m a firm believer in using your platform for the greater good, but the way awareness has manifested itself this week on Instagram indicates there is more deep-rooted hypocrisy online than the beginnings of a movement.

Sure, you posted “RIP George Floyd” to your Facebook timeline. Cool, you retweeted a Martin Luther King Jr. quote. But tell me that you’ve donated to the fund that is working to bail protesters in America out of jail. Have you made a conscious effort to teach those around you the importance of being anti-racist? Show me the email you sent to the Minneapolis District Attorney where you demanded the four police officers responsible for George Floyd’s death be brought to justice.

It’s one thing to post a black tile on Instagram, a quote or a caricature of the deceased, but if you’re not willing to support Black Americans out loud: you’re not supporting them full stop.

What’s happening in America right now is a reminder to cast an eye to our own backyard. Racism, police brutality and unequal justice reverberates through the Indigenous Australian community. This week a video went viral of a NSW police officer kicking an Indigenous teen to the ground and social media blew up in a cacophony of outrage.

But just as we’ve seen happen to the wave of Sorry Day posts and the annual outcry to #ChangeTheDate, the hashtags in support of justice will eventually fall from the trending list again, and the posts lifting up our First Nations people will lessen as each day passes until the unrest is nothing but a dull hum in the distance.

As long as these issues are in the limelight, performative activists will play their part, repeating the lines they know people want to hear – then take their final bow before disappearing into the darkness until the next topic of interest comes to light.

There is no behind the scenes activism. Activism is deafening. It’s abrasive. You can feel its presence down to your core. The riots happening globally are proof of that. If you stay quiet or only speak up because everybody else is and you want to seem “woke”, you’re not an activist. You’re an idiot.

India Brummelen is a journalism student at Macleay College.

Previous As an investment centrepiece, HomeBuilder is vintage Coalition
Next One is having a good crisis: the public warm to Charles