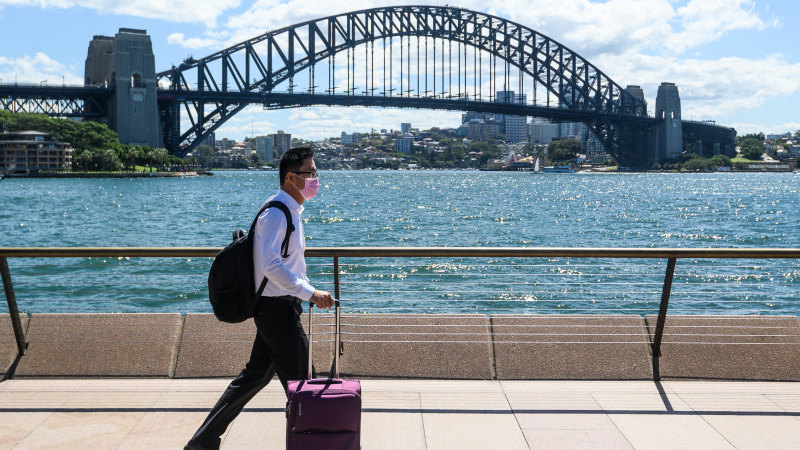 The survey, which started on April 2 and will be completed this month, has so far documented 386 racist incidents, including abuse, physical intimidation and spitting.

The survey also revealed that roughly 90 per cent of racist incidents were not being reported to police and the vast majority were perpetrated by strangers in public places.

Mr Chiu called on the federal government to improve what he said was a disjointed incident reporting process, potentially through the Human Rights Commission.

“We’ve got to do a better job at tracking racism,” Mr Giles said. “There’s clearly confusion as to how people can report racist incidents and we feel there’s a role for national government to do considerably more.”

Liberal senator Andrew Bragg said the federal government has run an anti-racism campaign during the pandemic, encouraging Australians to report incidents to the Human Rights Commission.

“There’s not much more we can do other than call it out from the Prime Minister, call it out from senior ministers and run a supportive campaign directly to people,” he said. “I’m very pleased with the response.”

“Australians rightly deplore racism. Knowing this, the Chinese Communist Party uses accusations of racism in an attempt to divide us and deflect criticism of their own conduct,” he said.

Labor senator Kimberley Kitching said China’s “propaganda” was a “clumsy attempt to use leverage that actually just isn’t there”.

“No country buys goods or services from us as a favour to us and we should call out any propaganda attempt that pretends otherwise,” the senator said.

Mr Chiu accused the Chinese government of politicising racism, but noted there was a middle ground between calling out the CCP and recognising anti-Chinese racism was growing.

“If you look at it globally, you’ve seen an increase in COVID-related racism across the world,” he said.

“Even if you look at China, there’s been racism directed at Africans and to an extent some Westerners as well.”

“The point should be made that we don’t support this racism occurring, we are acting on it, and all countries should really act on COVID-related racism,” Mr Chiu added.