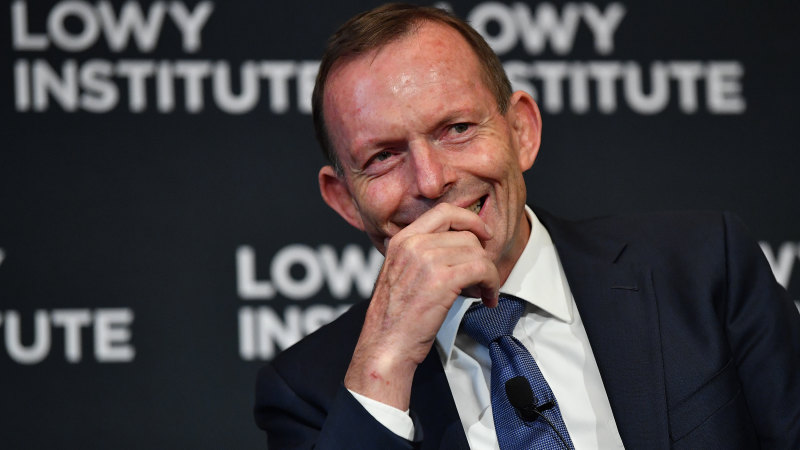 Mr Abbott said he had delivered on his 2013 election pledge to “stop the boats”, “scrap the taxes” and bring the budget under control.

“I think all of those things were very substantially done,” he said in an interview.

“We made a good start on budget repair. So I’m very proud of the work of the Abbott government. But for that work, we would be in an even more difficult position now.”

Mr Abbott restored knights and dames to the honours list in 2014 and faced a party room revolt for knighting Prince Philip. These honours were scrapped two months after he was replaced by Malcolm Turnbull in September 2015.

“A lot of people were very unhappy with the 2014 budget, but it was actually the last budget that attempted serious economic reform, and I think that history will be a lot kinder to the 2014 budget than its contemporaries were,” he said.

“I thought all of [the savings] were entirely justifiable at the time and I have no reason to think differently now.”

He defended the most contentious measure, a $7 Medicare co-payment on people going to the doctor.

“It caused an enormous fuss but, frankly, we’re happy enough to spend $5 on a cup of coffee, so why shouldn’t people be prepared to pay $7 to visit a GP, given that a visit to a GP is an extremely valuable service.”

The citation for Mr Abbott’s award recognises his contributions to trade, border control and the Indigenous community. He expressed caution about the protests over Indigenous deaths in Australia following the Black Lives Matter protests in the United States.

“I’m inherently sceptical of copycat protests. While I don’t claim that everything is perfect in Australia, I think we’re quite different and somewhat better than the United States,” he said.

Outside politics, those honoured include philanthropist Naomi Milgrom and University of Sydney chancellor Belinda Hutchinson, both named companions of the Order of Australia alongside Mr Abbott.

As a result, women make up only 28 per cent of those in the top two categories of the civilian list.

“We are working hard to achieve parity between male and female nominations and to increase the diversity of nominations in other areas,” said Governor-General David Hurley.

“There has been success recently, but that success has to be sustainable and that is one thing that I want to work on in my time.”

The Governor-General said the system was “driven by nominations”, but one group, Honour a Woman, called on Friday for changes at state and federal level to ensure “dedicated systems” would ensure equality in those nominations.

“This improvement in gender equality will only be sustained when there are deliberate mechanisms to generate nominations of women in each state and territory,” said Honour a Woman co-founder Elizabeth Hartnell-Young.