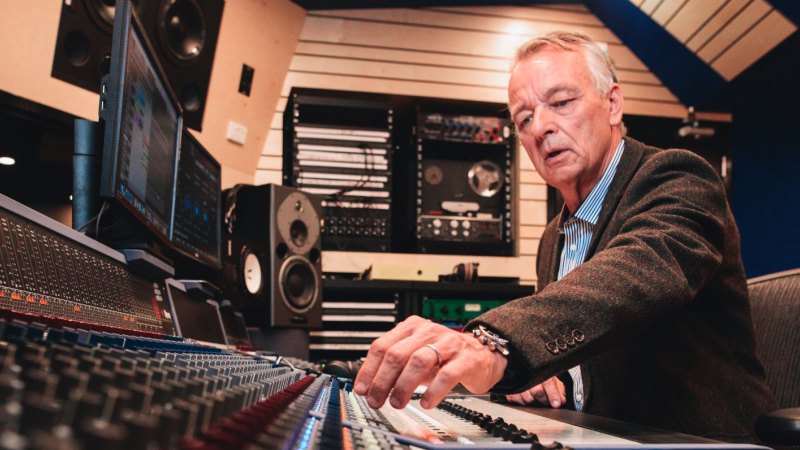 “To be able to do that on a consistent basis is a pleasure to me,” he said.

“To create stuff that stands the test of time is a real gift back to me so when I hear it now with a listener’s ears when it gets played even to this day.

“I’m also proud of the fact that as a kid growing up I followed my dream. I put one foot in front of the other. You don’t know when you’re going to end up.

Opitz said he was overwhelmed to be named in the 2020 Queen’s Birthday Honours List.

“What’s really important to me is it’s a gift to my entire family and a gift for the nation that can never be taken away from them,” he said.

“It’s a testament with people who I work with as well, including the engineers and filmmakers.”

Despite all his success, Opitz said there were times he could hear all the flaws in songs he produced.

“I can’t willingly go to a CD player or a computer and put it [music I produced] on intentionally and listen to it,” he said.

“I immediately hear the flaws and everything however, if I hear it on the car accidentally, I hear it differently just like a listener would.

“Sometimes I get embarrassed but if I hear it like a listener, it usually sounds great. It’s about as funny as it gets.”

Opitz has received a fellowship from the Australian National University, the ARIA Producer of the Year Award in 1987 and 1988 and five ABC TV Countdown Awards in the 1980s.

Despite fears in the arts industry due to the novel coronavirus pandemic, he was confident there would always be singers and producers.

“Music is not going to die no matter what,” he said.

“The only thing changing is delivery systems and how people know music exists in the first place.

“When Edison invented the wax cylinders, if he knew he could put a video in there he would (have). It’s progression and it’s happening online.

“We’ll see lots of music platforms open in different ways and music industry and combine the fan but more of online expansion.”