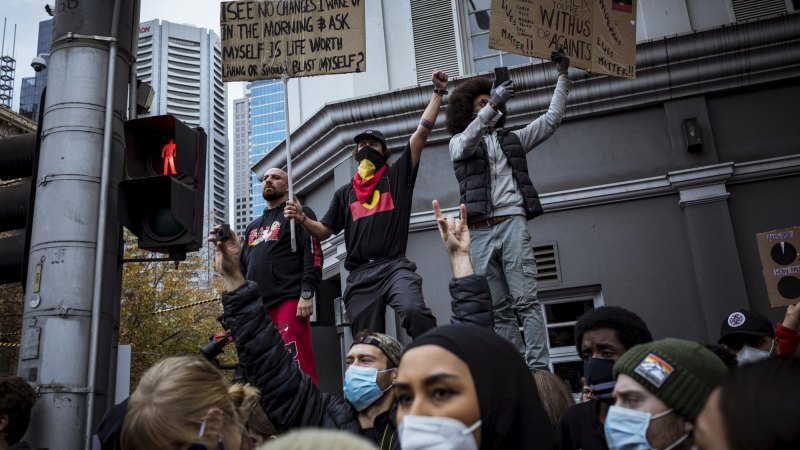 “When people are prevented from attending funerals of their loved ones, to think that it is so important to pursue these sorts of activities, when it is very clear that that imposes unnecessary and unacceptable risk on the community as a whole, I believe is rather irresponsible,” Senator Cormann added.

Labor Indigenous Affairs spokeswoman Linda Burney pointed out that Senator Cormann’s state of Western Australia has some of the highest proportions of Indigenous Australian incarceration in the country.

“Mathias Cormann should know better than to describe these protests yesterday, this cry from the heart of many thousands of people across the world and in Australia, as self-indulgent and reckless,” Ms Burney said.

“I had concerns about such a mass gathering in the middle of the pandemic. I used my voice in the lead-up to the protest to make that point,” Mr Marles said on ABC’s Insiders program.

“If you are born Indigenous in this country, your life stands to be a lot worse,” he added. “I don’t feel like I’m in a position to say to Indigenous Australians who are protesting against that that this is a self-indulgent act.

“I would have preferred that we didn’t see the mass gathering but it’s happened and I understand it.”

Police will fine Melbourne Black Lives Matter rally organisers $1652 each for breaching health directions after earlier warning members of the activist group Warriors of the Aboriginal Resistance they could face fines if the rally went ahead.