Bombers set to call on McKernan for round two

admin June 8, 2020 AFL Comments Off on Bombers set to call on McKernan for round two 18 Views 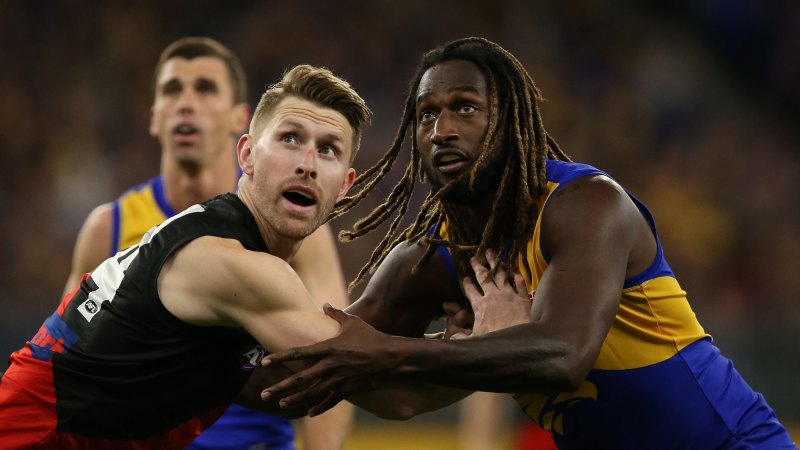 His ability to come in and not only play forward but give Tom Bellchambers a break in the ruck means he is almost certain to be one of the inclusions.

The Bombers had to use Jacob Townsend and Jake Stringer as their tall targets forward against the Dockers. It worked, with the former Richmond premiership player booting three goals and Stringer two.

Townsend proved a critical inclusion for that game with the goal he kicked but with injuries to others he now shapes as an even more important recruit for them.

The Bombers, with Joe Daniher still on his long recovery program and then with the small forward stars out,will be missing three of their best players all from one area of the ground.

The injuries mean Stringer might be more likely to spend more time forward than he did last year, with spells through the midfield.

Jayden Laverde kicked one goal against Fremantle and will be used as a medium target forward of the ball.

A question for the Bombers will be about replacing the pace and defensive pressure that McDonald-Tipungwuti provides as well as the opportunism and creative nous that both he and Fantasia bring.

Light-bodied midfielder Brayden Ham could be looked at as an option to come in and be asked to play as a pressure small forward.

Daniher still has no declared timeline around a return to playing. He is running better and trimmed some weight off but he is still doing predominantly straight line running.

James Stewart is fit and will be looked at but McKernan is likely to be favoured ahead of him.