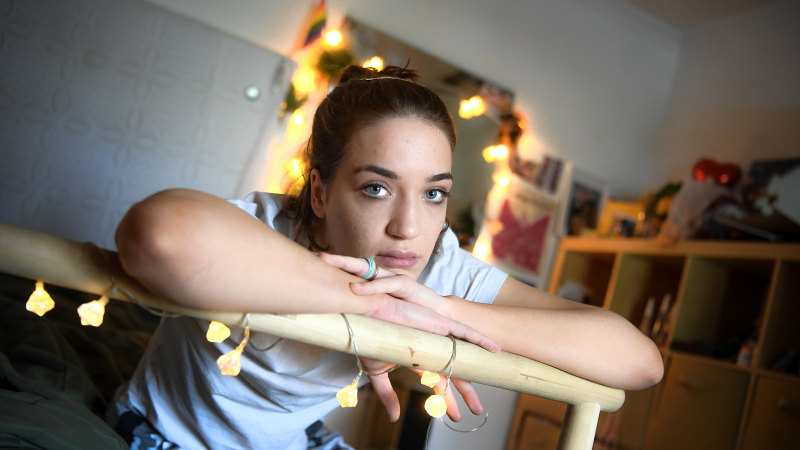 Ms Ewing-Crellin has felt lightheaded on standing for as long as she can remember, but she was officially diagnosed at 17 after she fainted while standing at a sports carnival and an overzealous spectator gave her CPR.

There is no cure for POTS and up until recently, scientists did not even known what caused it.

But breakthrough research out of Monash University may have solved that riddle by discovering that an enzyme has been silencing a critical gene. Crucially, they also already have a promising drug treatment in mind.

“But for some reason … the enzyme EZH2 will target the norepinephrine gene and when it does that the results are disastrous.

“It will turn off the gene and in fact the gene will become inert.”

Professor El-Osta said they had now identified a drug compound called GSK-126 that, in the laboratory at least, had been able to bring that gene back to life.

“This was terribly exciting for us,” said Professor El-Osta

The researchers at Monash now continue to look for other potential drug or treatments and probe why the condition seems to disproportionately affect women.

But Professor El-Osta said new funding would be needed to progress to clinical trials, and while approaches had been made to state and federal governments, funding requests were hampered by the syndrome’s low profile.

“I think this is a condition that is not widely known in Australia. But in the United States there are at least one to three million individuals will POTS and that makes it more prevalent than multiple sclerosis.”

Ms Ewing-Crellin, a law and criminology student with aspirations to join the FBI, has also been diagnosed with chronic fatigue, which often appears with POTS.

A fainting spell saw her miss 10 minutes of her first year 12 exam and she describes the impact of living with the syndrome as “not being equal” to others.

“It’s kind of like flu, when it gets really bad, and you have that body exhaustion,” she said. “My heart gets tired as well.”

But she said it was the mental toll that could be the hardest.

“A lot of people who have it do struggle with keeping happy.”