Maxed out quest for justice

admin June 8, 2020 Latest News Comments Off on Maxed out quest for justice 24 Views 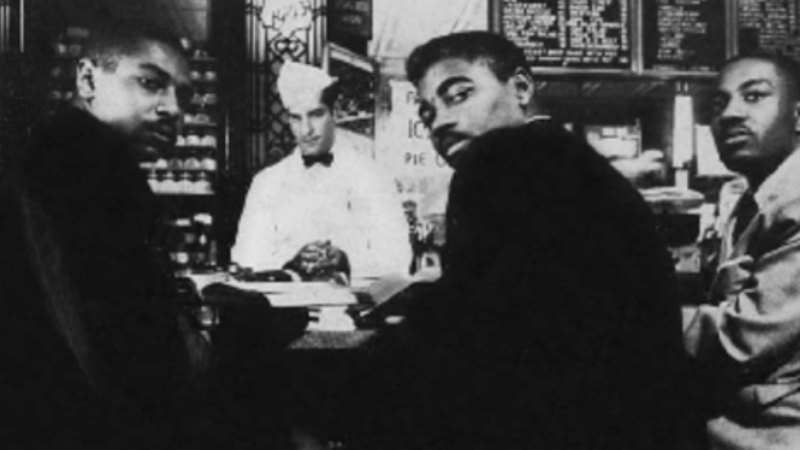 Triptych comprises three wordless duets for voice and drums, starting with a yearning vocal on Prayer. Uniquely among major jazz singers, Lincoln’s voice had a regal grandeur, whether soaring into her mezzo range or delving into her contralto. Protest arrives as a rage of shrieks against a barrage of drums, while for Peace – injustice redressed – Max told Lincoln to express “the feeling of relaxed exhaustion after you’ve done everything you can to assert yourself”. Over his melodic drum motifs, her singing was never more gorgeous.

All Africa conveys the then new-found pride in African cultural heritage. Roach adds three percussionists to the ensemble, as he does on the final Tears for Johannesburg, which empathises with victims of South Africa’s Sharpeville massacre via a rolling 5/4 rhythm, crying solos and a dialogue between Roach and the percussionists. That empathy is exactly what’s missing when police don’t see a person, just a colour.

Just as Max relentlessly crusaded for equality, the artistic innovation in his veins never hardened. He was the first jazz drummer to work in odd time signatures (1952), the first to play drum solos with accompaniment, and among the first to convincingly apply Afro-Cuban rhythms to a kit. Perhaps his single biggest contribution was his uncanny ability to make the drums sing melodies.

No one matches Roach for the diversity of visionaries with whom he worked, from fellow bebop pioneers Charlie Parker, Dizzy Gillespie, Thelonious Monk and Miles Davis to Duke Ellington’s sublime elegance and on to the exhilarating density of Cecil Taylor, via Art Tatum, Charles Mingus, Eric Dolphy and Anthony Braxton – close to an encapsulation of jazz history. Going further, he recorded a solo against Martin Luther King’s “I have a dream” speech, and collaborated with rappers, video artists, poets, dancers and orchestras. He also composed scores for Sam Shepard plays and for a film about Malcolm X. In a 1995 interview, he told me that he and his ground-breaking colleagues would look to art and poetry as much as music for inspiration.

Born in North Carolina in 1924, he took up piano at eight, added drums at 10, and was a fixture in New York jazz by 18. It was saxophonist Lester Young who emphasised the importance of originality, telling him, “You can’t join the throng till you write your own song.” He first recorded in 1943, with Hawkins, a favour he amply returned by making brilliant use of Hawkins on a masterpiece. He died in 2007.