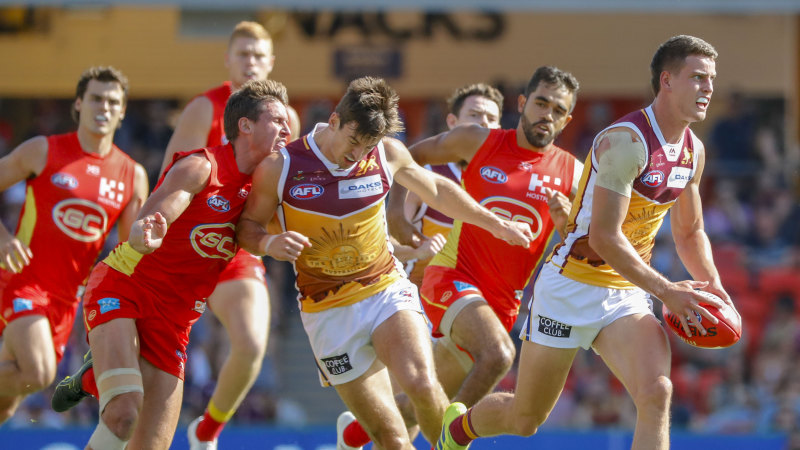 “We have been in discussions with the Gabba, Stadiums Queensland and the AFL, and putting together plans for a phased return of crowds that has the potential of having a crowd attend as early as this week,” Evans said.

He added that tickets would likely be offered first to membership categories, family members and coteries.

Brisbane has yet to work out who they will give tickets to or how they will be distributed.

There has been discussion during the COVID-19 crisis around frontline health professionals being given free tickets to attend a match.

The venues are required to make submissions to the government regarding the measures in place to deal with fans.

While the Gabba has large dining rooms able to hold a crowd sufficient to cater for one person per four square metres, there is a preference for people to be seated outside for health reasons.

The hope would be that if and when a number of fans are allowed to attend games in Queensland that number will gradually increase as the rounds progress, if infection rates also continue to remain so low.

Queensland has not recorded a new case in several days and presently has just three active cases.

The government is moving towards a quicker relaxation of rules than in some other states.

There are no immediate plans for fans to attend matches in Melbourne but the hope is that as infection rates remain low and restrictions are eased, the rules on gatherings will permit a limited number of fans to attend games at the MCG and Marvel Stadium.

With the overwhelming number of fans having not sought a refund on club memberships, clubs are eager to be able to get at least some members back into games as soon as possible, possibly by allocating tickets through a ballot system, if and when rules permit.