The biggest question of the AFL season

admin June 8, 2020 AFL Comments Off on The biggest question of the AFL season 19 Views 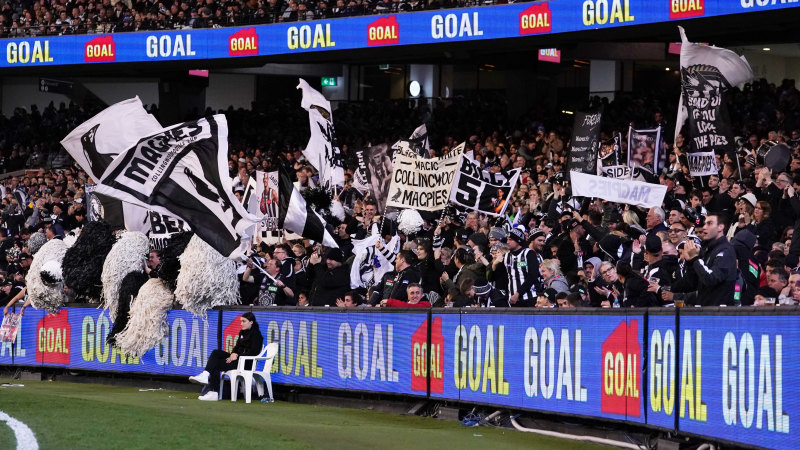 Today, as the clubs ready to reboot and attention shifts to more conventional footy questions – Joe Daniher’s groin and contract, whether Dusty can be curtailed and if Collingwood can win the flag without a genuine key forward – there’s one question that matters more than any other.

How will footy fare without fans?

If no supporters can go, this season means nothing.

Australian rules football differs from other sports in that the experience of seeing the game in the flesh is vastly different from watching it on television, or a smaller device.

The oval field is nearly double the size of the rectangular soccer or rugby pitch. The television cameras don’t accurately convey the formation of players across the MCG, where the gaps are, how a goal might be abruptly created in space.

Footy has long attracted crowds that are among the highest on the planet, per capita. The game depends – for atmosphere, authenticity and aesthetics – far more upon fans than test cricket, the rugby codes, golf or tennis.

As a sport played on such a vast field, the proximity of a sizeable and audible audience – not a socially remote television throng – is essential to the generation of spirit. Players can find meaning in playing for each other and their livelihoods, but what of those whose passion pays them?

Voula Bitsikas is the Collingwood fanatic whom Nathan Buckley consoled after the cheer squad’s banner broke on grand final day of 2018. On Thursday night, when her Magpies meet Richmond, she will host fellow cheer squad members at her Northcote home, where they’ll bring the same paraphernalia they would to the MCG – pom poms, flags, jumpers and scarves.

Bitsikas, a 42-year member of the Magpies, is “spewing” that she can’t go to the games, but predicts that the crowds will return in the course of 2020. “By round five, there will be crowds,” she said, suggesting authorities would wait to see the impact of the Black Lives Matter protests upon infections before permitting crowds.

Bitsikas was confident that the grand final would be attended by 100,000 people, as per normal.

But what if her optimism wasn’t justified, and the entire season was fan-less. “It’s crap,” she said of crowd-free footy. “If no supporters can go, this season means nothing.”

Bitsikas said there would be “an asterisk” accompanying this season’s AFL premiers if it wasn’t accompanied by crowds. “It will be like a bulls–t premiership,” she said.

If this view is widespread among the hardcore members and fans, the feedback from supporters is still that COVID-compromised footy is better than none.

Cheryl Critchley, the Richmond diehard who speaks on behalf of the AFL Fans’ Association, said that a survey of fans a few weeks ago found that about 75 per cent favoured the season going ahead, without fans, in preference to not having the game on at all.

Critchley was among those whom felt round one was bereft of the atmosphere and was consequently flat. “It really proved how important fans are to the game,” she said.

AFL CEO Gillon McLachlan told The Age last week that the league had made plans for crowds to return, war-gaming both an aggressive approach (that is, fuller stadiums) and a far more conservative – read socially distant fans, at least 1.5 metres apart – approach.

It is also conceivable that fans will be permitted, or allowed in greater number in one state – for example Western Australia or South Australia – than in another. Already, there is discussion of smaller live audiences in some states, along the lines of the NRL.

The NRL ratings dipped a little in the second week back, raising the question of whether interest in footy could be sustained when there’s no fans and no real, uncanned noise.

We cannot bank on the empty stands filling in the course of this year. That decision lies beyond McLachlan and with premiers and chief medical officers; we must assume, at least for a while, that the game will be played remotely, without thousands like Voula Bitsikas, without the sound of “ball” and – hopefully not – without soul.