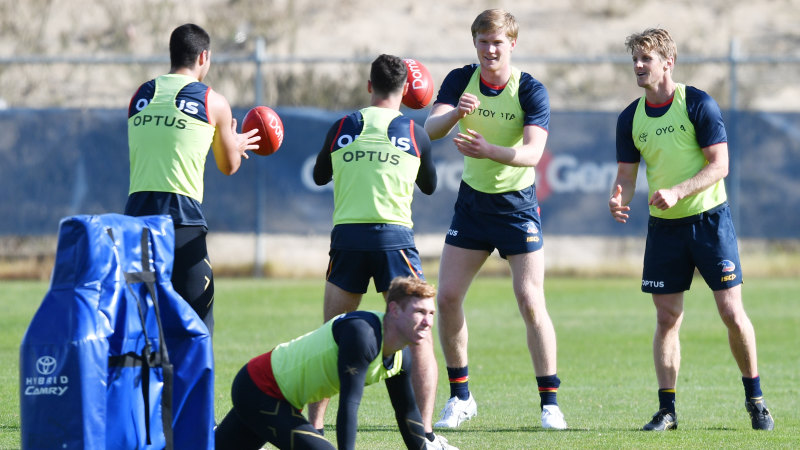 “It happens. We’re in a competitive environment and guys get heated.

“I love parts of it.

“It escalated, no doubt. But the fact those boys made up straight after, that is what you want.

“There’s no need to step in as captain when two boys come back and both recognise it got pretty heated and go, ‘Alright, let’s move on’.

Frampton made his debut for the Crows in round one after being recruited from Port after last season.

“That is one thing we absolutely love about Billy, that is the way we want him to play – with an aggressive mindset,” Sloane said.

“Certainly our hit out on Saturday was a reflection of that, it was really contested.

“I certainly pulled up sore Sunday arvo … the boys really cracked in.

“So people can have their opinions but we have got a strong group in there that knows the culture.”