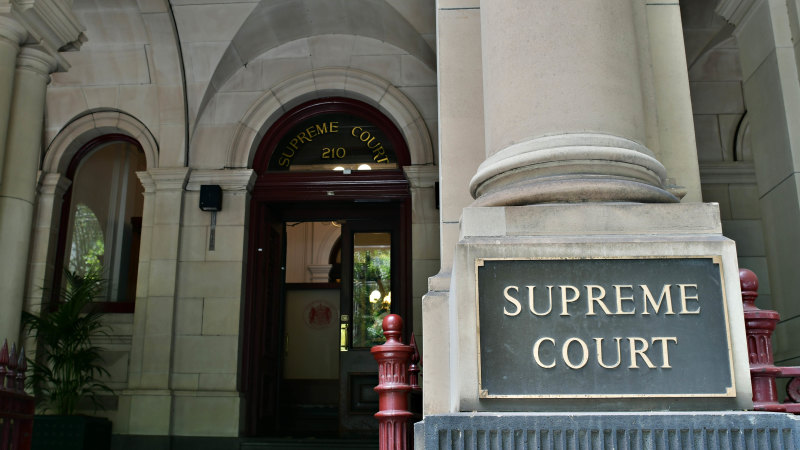 “I would have nightmares of how you violently bashed and bashed my defenceless husband to death,” she said.

“Daniel Hounslow, do you have someone you love, and do you hold them dear to your heart?

“Not only did you kill my husband but you killed me emotionally.”

Dressed in a grey jumper and blue exercise shorts, Hounslow listened intently to victim impact statements as emotion occasionally flickered across his face before disappearing beneath a stare worn most of the hearing.

He told police he had thought about killing Mr Kalawek before he did, and also falsely accused Mr Kawalek of poisoning, sexually abusing him, putting child pornography onto his phone and being involved in human trafficking.

The only words he uttered throughout the hearing were to acknowledge lies he had told about the victim in the period after his death, interrupting Justice Andrew Tinney to say: “Excuse me, Your Honour, you’re right there.”

Hounslow, who has eight prior rape convictions and a string of other violent offences to his name, moved into the Wyndham Vale house already occupied by Mr Kalawek three months after being released from prison.

He had tested positive for ice and amphetamines, and had a blood-alcohol reading of 0.17 after his arrest.

The court heard Hounslow attacked Mr Kalawek under the delusion the victim was his (Hounslow’s) brother, who he claimed had sexually assaulted him as a young child.

“Had Mr Hounslow not been suffering from the delusion [Mr Kawalek was his brother] … he wouldn’t have killed anyone that night,” Mr McQuillan said.

He told the court that after the murder had occurred in the backyard of the home, Hounslow went inside to get a glass of wine and then stared at Mr Kalawek’s body as he drank.

“He wanted to kill. He did kill. He just mistakenly killed Mr Kawalek instead of another person,” Mr Hutton said.

Hounslow will be sentenced at a later date and remains in custody.