Something’s happening here. And it gives us reason to hope

admin June 9, 2020 World News Comments Off on Something’s happening here. And it gives us reason to hope 27 Views 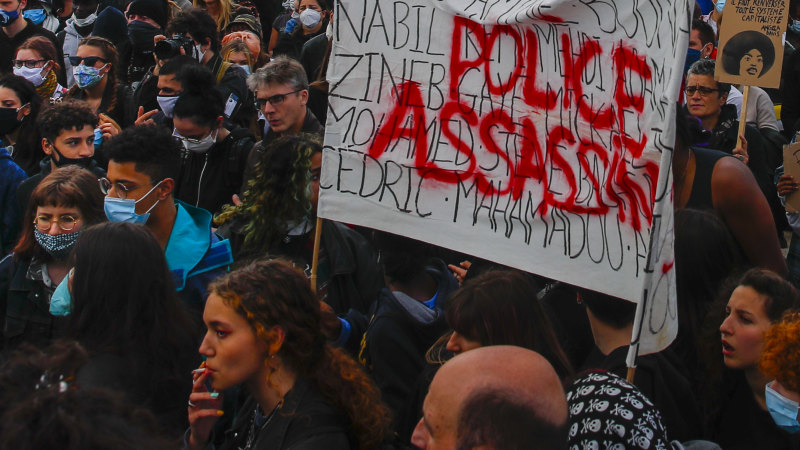 Of justice can rise up

And hope and history rhyme.

Those words by the legendary Irish poet Seamus Heaney floated through my Twitter feed the other day, like a cool breeze on a scorching day. They came via The Irish Literary Times, a sign that the rebellion rumbling through our country is shaking up the world.

We don’t call this moment in 2020 “history” yet, but one day we will. Even without the clarity of retrospect, we sense we’re living through something that will shape the future in remarkable ways.

First came the pandemic, followed by economic upheaval that has changed how business works and people survive. Then came the killing of an unarmed black man – George Floyd – by a white Minneapolis police officer, which roused massive protests across the United States, and all over the world.

Protests. A pandemic. Plus a US president who rules with an autocrat’s taste for threat and insult. It’s history in the making – exhausting, confusing, scary and full of promise.

Of course there’s no single “we” in all of this. None of us is living through this time in exactly the same way. How old you are, where you live, the color of your skin, the money you make or don’t, your political persuasion. Many things affect how this moment feels to each of us.

And how it feels can change from day to day.

“How are you doing in this strange time?” I ask everyone I talk to. If we’re on a video call or talking from a distance, I often see them make a roller coaster motion with a hand. Up and down. Down and up. Day to day, hour by hour.

But however it feels, there’s no escaping, in the words of the famous Buffalo Springfield song: Something’s happening here.

It’s happening in big cities like Chicago, where in the past week, in neighborhoods of every racial and economic makeup, protesters have marched to protest George Floyd’s killing and, more broadly, the police practices that have led to so many other unjust deaths.

It’s happening in small towns like Taylorville, Illinois, which is overwhelmingly white, where several hundred community members marched around the town square, many carrying “Black Lives Matter” signs, before lying down outside the courthouse.

It’s happening in places like the wealthy, white Chicago suburb of Lake Forest, where a big crowd gathered for a vigil, listening to testaments from the area’s black residents, one of whom said, “I am asking you to walk into the discomfort and not look away.”

It’s true that for every hopeful story about this moment, there’s an ugly counterpoint.

White people with bats playing vigilante in the Chicago neighborhood of Bridgeport. Looters, many of them black, stealing from stores in black neighborhoods that already struggle. People of different kinds smashing windows and looting Chicago’s downtown.

You can be uplifted one minute by thousands of peaceful protesters outside the White House singing “Lean on Me,” and horrified the next moment by police officers in Buffalo, NY, shoving a 75-year-old protester.

You can appreciate the many police officers who maintain their composure in the face of crowds loudly denouncing them, then be appalled by the Chicago cop who flips two middle fingers at a protester.

But the contrasts shouldn’t be surprising. Protest is always messy. Progress is not a straight line. It happens in fits and starts, further complicated by arguments among people who share the same basic goals.

And it happens while the rest of life goes on, while a friend gets ill or has a baby or gets married, while we worry about our jobs and families, or admire the spring flowers or curse at the broken washing machine.

It’s an extraordinary moment that could change our country for good – in both senses of the word “good,” meaning in ways that will endure and ways that will make this land more equitable for more people.

In my lifetime, the world has become better in many ways – far from perfect, far from fair, full of setbacks, but overall better – and one reason is that enough people have believed it could and fought to make it happen.

So hope for a great sea-change

On the far side of revenge.

Is reachable from here.

Previous Vale: Macca’s story gets its final edit
Next McGregor given stay of execution by Dragons owner Gordon