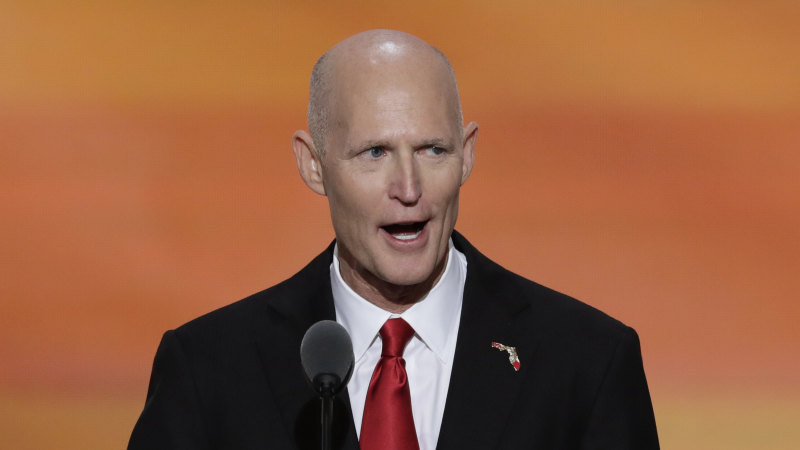 Before entering the US Senate last year, Scott served for eight years as governor of Florida, America’s third most populous state. He has been widely discussed as a potential future Republican presidential candidate.

Referring to traditional US allies such as Australia, Scott said: “We ought to do this together. All democracies are going to have to say to themselves: are they going to continue to appease the Communist Party of China, which is clearly focused on world domination and has taken jobs from democracies all over the world and stolen technologies from all over the world?”

Scott said policymakers in Washington had paid close attention to Australia’s push to launch an independent investigation into the origins of the coronavirus pandemic and China’s subsequent decision to impose tariffs on Australian barley.

“What I admire about Australians is they will stand for their convictions,” Scott said. “Australia, like America, has been working to hold China accountable. We’ve got to find out what happened here, why it happened and make sure it doesn’t happen again. I’m very appreciative of Australia’s push to get the facts, live in reality and hold people accountable for their actions.”

In a letter to Australia’s US Ambassador Arthur Sinodinos last month, 27 US senators and House of Representatives members said that China had made “deeply disturbing” threats to punish Australia for seeking an international inquiry into the origins of COVID-19.

“This incident is part of a broader and concerning pattern from the Chinese government,” the bipartisan group wrote.

“One decision that is not difficult is to always stand with our Australian mates. No matter the external pressure or coercion, we will always have Australia’s back, just as Australia has always had ours.”

His rallying call follows the formation last week of an international alliance of 19 MPs from eight countries, including Australia, and the European Union, who want their governments to take a collective tougher stance towards China.

Even in a US Congress that has grown increasingly sceptical towards China over recent years, Scott has stood out for his particularly hardline stance towards the rising superpower. He has called for Americans to boycott all Chinese goods, urged the International Olympic Committee to strip Beijing of the 2022 Winter Olympics and accused China of trying to sabotage US efforts to develop a COVID-19 vaccine.

Previous Target and superquiz, Wednesday, June 10
Next The bottom just fell out of social distancing in Victoria