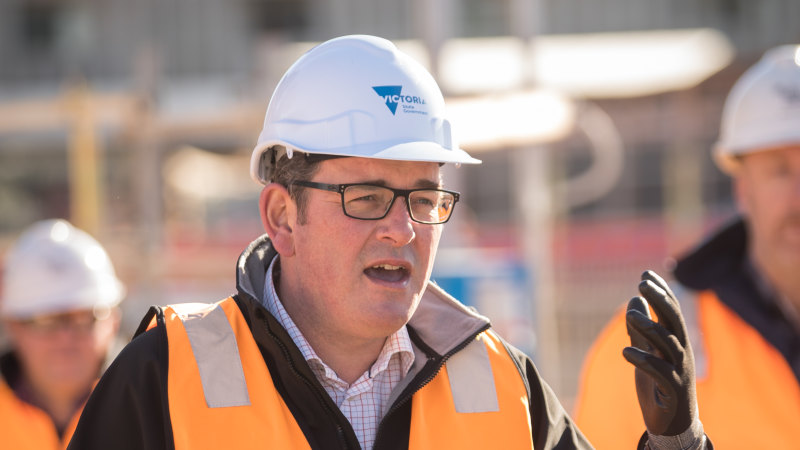 Three people were fined in Victoria for breaching social restrictions over the long weekend and police conducted 2448 spot checks at homes and businesses.

For just the second time since March, the state recorded no new COVID-19 cases on Tuesday. The same thing happened on Saturday. There were two new cases across the country, both acquired overseas – meaning there were no instances of community transmission.

While some social restrictions were wound back on June 1, including the ban on interstate travel, Mr Andrews has repeatedly stressed that people must control the spread of coronavirus by working from home where possible and avoiding gatherings of more than 20.

The Premier denied that people would feel confused or aggrieved about Saturday’s rally going ahead and insisted his government was powerless to stop the event.

Health experts say it will become clear in 10 to 14 days whether COVID-19 spread among the 10,000-person crowd, most of whom wore face masks.

Social restrictions are set to be relaxed further on June 22 and Mr Andrews said he believed people had enough common sense to not allow their frustrations to get the better of them in the meantime.

“It’s not done,” the Premier said of the fight against COVID-19.

“It’s not over and following the rules remains as important as ever.

“You could have months and months of zero cases. You only need one. And all of a sudden, if everyone’s just going back to normal, rather than a COVID-normal, then we will finish up in a second wave. Whilst our health system would be ready for a second wave … our economy won’t be.”

Professor Stephen Duckett, head of health economics at the Grattan Institute, warned the virus was still circulating and that “we shouldn’t be taking the law into our own hands” by defying social distancing measures.

“Until we know the virus is gone there is still a risk for everybody so we need to remain vigilant,” Professor Duckett said. “We aren’t in that same boat as New Zealand, where they have had zero cases for weeks.”

The public health expert believed the risk of infection was greater for those who congregated at a pier in Rye than for the thousands who turned out at the Black Lives Matter protest.

“The large majority of people who went to the rally were wearing masks and appeared to be social distancing where possible,” Professor Duckett said.

“On the other hand, the Rye pier is quite different because none of them were wearing masks and they were all very close.”

TomTom traffic data showed Melbourne’s road congestion was 39 per cent at 8am on Tuesday – up from 25 per cent last Tuesday but down on last year’s average of 60 per cent.

Opposition Leader Michael O’Brien accused Mr Andrews of turning a blind eye to Saturday’s protest and said the Premier had “lost a lot of credibility” as a result.

“I was on the roads this morning coming into work. I can tell you, people are voting with their feet and they’re voting in their cars. People are already ignoring the Premier’s edict to work from home,” he said.

Amid calls from federal MPs for social controls to be eased within weeks if Saturday’s nationwide protests do not trigger a spike in COVID-19 cases, Mr Andrews said he did not disagree with the logic but his government would continue to be guided primarily by its testing regime.

Several schools, including Firbank Grammar and Loreto Mandeville Hall, asked students who attended Saturday’s rally to self-isolate for 14 days. Australia’s Chief Health Officers’ advice remains those with symptoms should get tested and self-isolate.

“If we haven’t had a real bounce in cases in two weeks time that really vindicates what we have done and we will have some idea how much relaxation in the shutdown is justified,” he said.