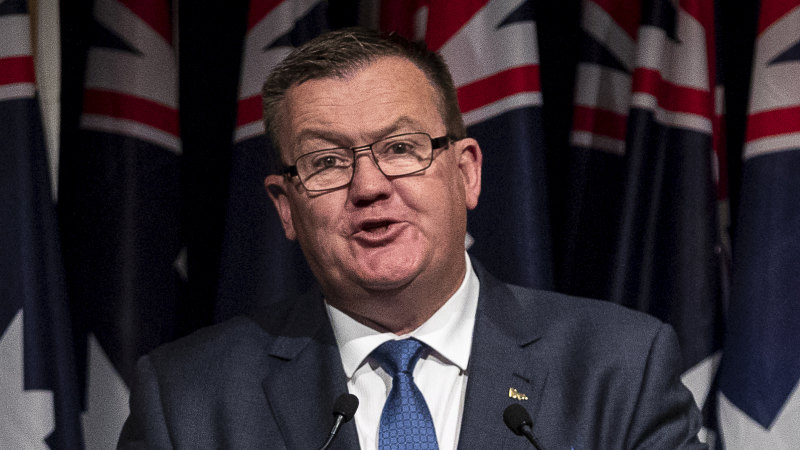 Details of the crimes were from Victoria Police information fact sheets and marked not to be released to the media, and investigators allege Senior Sergeant Lamb used his access to computers at the Frankston and Mornington police stations to leak the information for his own political gain.

Senior Sergeant Lamb is set to plead not guilty to four charges of disclosing police information without permission.

His lawyers fronted Frankston Magistrates Court on Wednesday to argue the charges are invalid because the wording does not detail the specific information that was allegedly leaked.

It was not sufficient, defence counsel Chris Carr argued, for the charge sheets to refer to only the information fact sheets.

“There’s no articulation in the charges what the information is,” Mr Carr said.

Prosecutor Brett Sonnet conceded the charges might not be well written but argued Senior Sergeant Lamb, as a police officer, understood them.

“It’s simply inelegant drafting of the original charges because all the elements are there,” Mr Sonnet said.

He said the charges could be amended so long as they didn’t create another offence.

Magistrate Charles Tan could strike out the charges if he rules them invalid. If he permits them, Senior Sergeant Lamb will face a contested hearing at a later date.

Mr Tan will rule in a fortnight.

Senior Sergeant Lamb is suspended with pay from Victoria Police.