Footy’s back to straighten up our axis 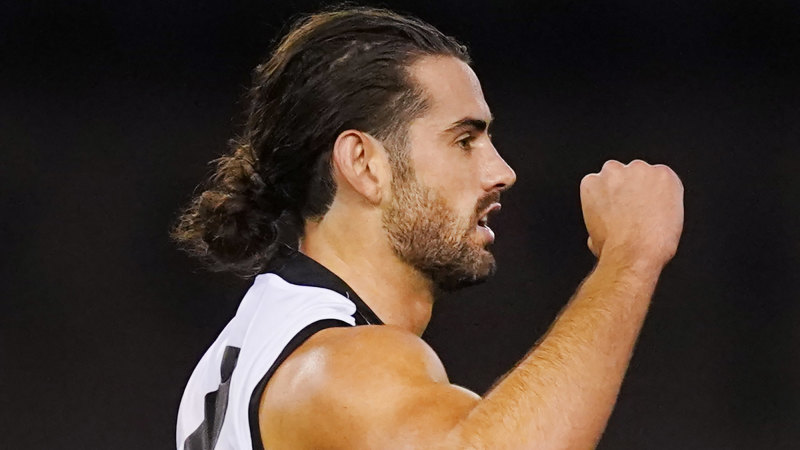 To the extent that some people said they didn’t miss the game as much as they thought, it’s easy to imagine it was because they were preoccupied with more existential matters like jobs, the mortgage, schooling and latterly social justice. That is, survival.

Will’s rescue was unexpected. Footy’s return to us isn’t, but it is sooner than had been thought possible when it was lost to us back in March. No one could say then when – or if – it would be back. The footy frame froze.

This early resumption feels like a reward to players and fans for good behaviour in the face of the pandemic. If footy was too hasty to get going in March, it has been a model of methodical patience since. So have its followers.

It wouldn’t do to stretch this point. Hubris or carelessness now would put everyone back at the beginning. We’re down to a trickle, but it’s a trickle of highly infectious coronavirus. It is doubtful that footy would have a second restart.

Footy is not a panacea, but it does come as a relief. That’s its forever role. Whatever happens on Thursday night and over the weekend will matter intensely and won’t matter at all. More than ever, its unimportance feels important. It can’t be a distraction from the world, but it can be a counterbalance.

It will be different, of course. Shorter games. A mystery fixture. Empty stadiums manipulated on TV to look and sound half-full, but unlikely to have their usual live complement any time this season. It will be impossible not to notice, for players and viewers. Behind the scenes, everyone will be trying to cope with new stringencies, though this will not be immediately apparent.

Because of it, some say it will be an empty season and a meaningless flag. More probably, all will adapt, because the only other choice is to shun. It will be weird, but not as weird as no footy at all.

It’s happening here and now. Though both are AFL occupational hazards, “hamstring” is beginning to replace “V’landys” in the headlines, at least until the racing season – which as it happens will still be the footy season. The conversation is reverting.

As for integrity, arguably this will be a fairer season than any other. Each team plays every other once, home-ground advantage is minimised, the MCG factor in finals will be muted, umpires remain what they are. It’s the same for all.

AFL chief Gillon McLachlan says it will be one of the great flags, but he would. Richmond coach Damien Hardwick agrees, but he would, too, since his team is the likeliest to win it. The Tigers lead the comp out on Thursday night with almost all of their best 25 players available, a scary thought.

Of course, for one team and one set of fans, the feel-good effect will last only until the final siren on Thursday night. Then another footy feeling, all too familiar, will steal over them. Soon enough, eight other teams and their supporters will sense its weight, too. Then they will know for sure that footy is back, dammit.