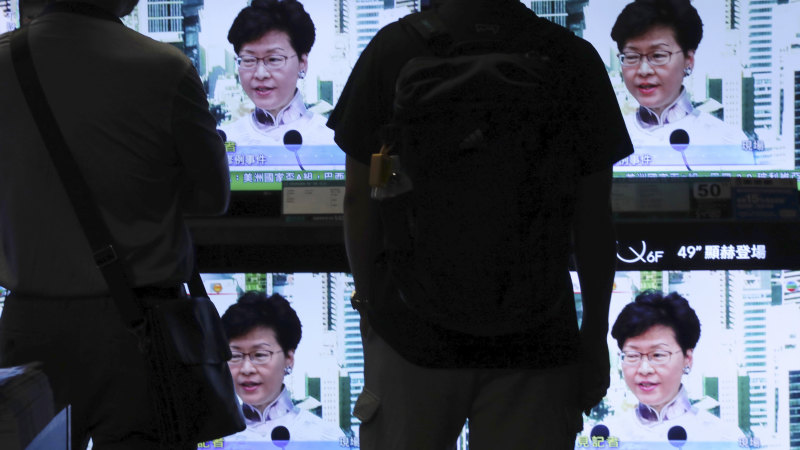 Hong Kong Chief Executive Carrie Lam has defended the laws and insisted they would uphold the “one country, two systems” agreement signed by Britain and China in the handover of Hong Kong in 1997.

“Every country needs national security in order to safeguard the interests of the country,” she said.

HSBC, which was founded in Hong Kong, last week signed a petition in support of the new laws. The move cast aside years of corporate neutrality from the multinational bank.

US Secretary of State Mike Pompeo on Wednesday accused Beijing of coercing the business community.

“The Chinese Communist Party’s browbeating of HSBC, in particular, should serve as a cautionary tale,” he said. “Beijing’s aggressive behaviour shows why countries should avoid economic over-reliance on China and should guard their critical infrastructure from CCP influence.”

Foreign Minister Wang Yi has maintained that Hong Kong’s affairs are China’s responsibility, and urged other countries not to interfere in issues of national security.

Dozens of people were arrested in the former British-colony in a series of smaller protests on Tuesday, coinciding with the anniversary of the start of last year’s unrest over an extradition bill with the mainland.