AFL to review coronavirus protocols after round two 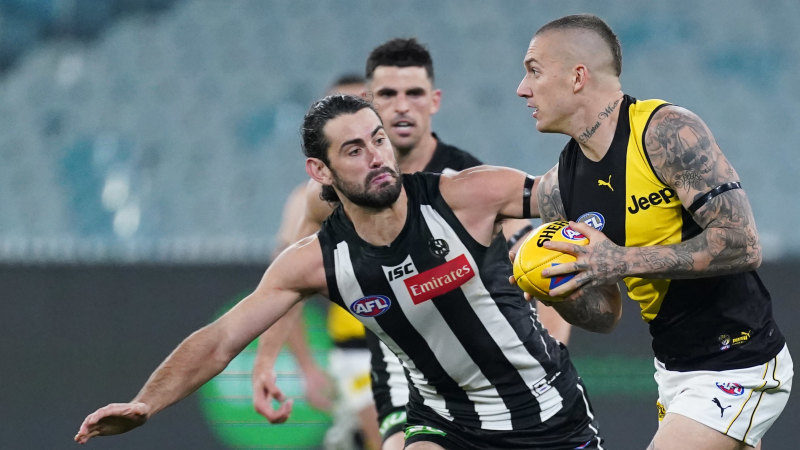 The timing of when rules might be eased – if they are in fact relaxed – remains unclear as the AFL needs to consult with at least five state governments and have been consistent in ensuring that each club adhere to the requirements of the state with the most rigorous rules.

It is also working with the Western Australian and South Australian governments to determine the conditions under which clubs from outside those states might be able to play games in WA and SA after round five.

At the moment, players and club officials in contact with players are tested up to twice a week for coronavirus and must adhere to strict guidelines that limit their contact with the wider community.

Club officials and players are impatient for an easing of some of the more extreme measures, so their lives can be more aligned to the rest of the community. Some players and their families have been virtually housebound for the past month while their friends gain more freedom as each state gradually allows people to be more active.

According to club sources, players, and officials with families, have found the restrictions challenging at times, particularly with children or partners unable to have visitors to their homes. Unverified reports of other breaches have also come to this masthead’s attention.

Players and officials from Fremantle and West Coast, who are staying in hubs on the Gold Coast, packed their golf clubs and surfboards in the hope they would be allowed to engage in those activities at some point during their stay.

Players’ Association president Patrick Dangerfield, who lives on the Victorian surf coast and is a keen surfer and fisherman, said everyone in the industry accepted what was in place was necessary to get the game back without putting an extra burden on the health system, or threatening player, or community safety.

However, he admitted he was keen for the restrictions to be loosened at some point.

“We have always said as players we will do our bit to get back and return to play and if that means a stricter set of protocols than what the general public have then so be it; that is our role within the game and our duty to do so,” Dangerfield said.

“That being said, it would be great to get back and catch a wave.”

The AFL is also keen to avoid a player or official testing positive to COVID-19 because of the implications such a diagnosis might have on the progress of the competition.