Calls for tax and parking restrictions on polluting cars and trucks

admin June 11, 2020 Victoria News Comments Off on Calls for tax and parking restrictions on polluting cars and trucks 37 Views 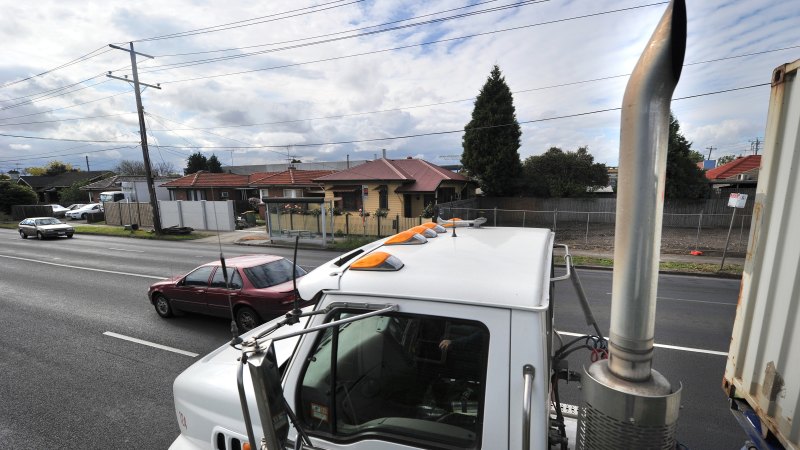 “A pricing scheme can be put in place that has the criteria of charging more or less for vehicles depending on their emissions, their age and location and where they travel to,” Mr Delpace said. “Road pricing can be a key lever in influencing transport demand.”

This is similar to New Zealand, which is imposing a fee on new high polluting car sales, with the revenues used to fund subsidises of new lower-emissions vehicles.

Austroads also called on planning authorities and local governments to consider parking restrictions for inefficient vehicles in order to support the take-up of electric vehicles and encourage more pedestrian spaces.

polluting cars “As well as penalties, incentives could also be considered such as reduced parking costs which also potentially [limits] additional kilometres travelled,” the report stated.

The Department of Transport offers reduced registration fees and stamp duty rates for purchases of green vehicles and is building an extra 250 kilometres of cycling and walking paths.

A Transport Department spokesman said the government had “no plans to add a new tax on heavy vehicles or restrict access to car parking across Victoria”.

“By encouraging more freight onto our rail network, new electric and hybrid buses, and solar powered trams – we’re making our transport network more sustainable than ever before.”

“There’s an easy process to do it that would increase revenue for the state and improve emissions, while ensuring the industry keeps upgrading its vehicles by putting commercial leverage on those operators.”

Mr Anderson said he wanted operators to replace their fleets with newer trucks that were safer and less polluting but restricting parking was not the way to do it.

Larger trucks are already restricted from parking in the city for more than an hour and despite fatigue laws requiring trucks to stop and rest, there was a lack of available rest stops, he said.