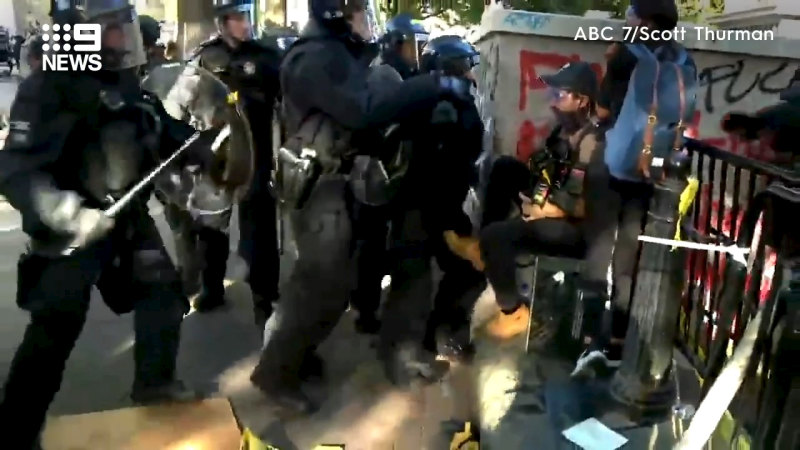 “I know there have been concerns from some countries of their reporters having been treated inappropriately here,” Pompeo told reporters in Washington DC on Wednesday.

“We’ve seen some of those allegations come into the State Department. You should know, those countries should know, we will handle them in a completely appropriate way.

“We will do our best to investigate them to the extent the State Department is capable of doing that and we will address them in a way that is appropriate to try to address any concerns those nations may have about their journalists, who we, too, do our level best to protect.”

Two US Park Police officers have been placed on administrative leave while an investigation takes place.

Lafayette Square was packed with demonstrators following the police custody death of George Floyd in Minneapolis.

Seven’s director of news and public affairs Craig McPherson described the police actions as “nothing short of wanton thuggery”.