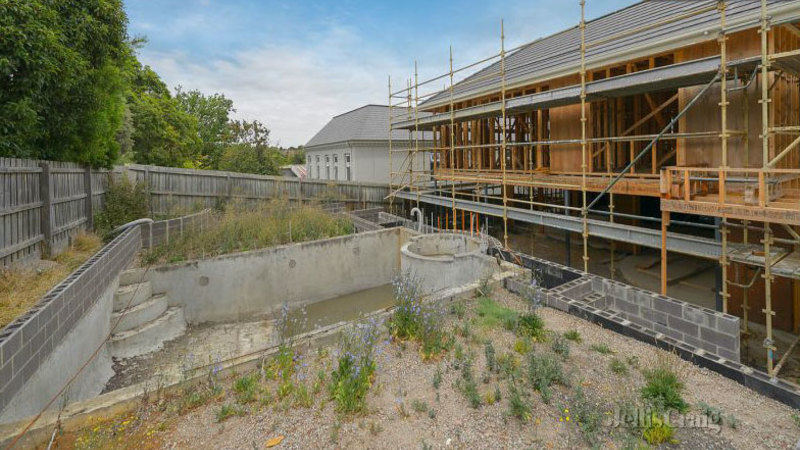 He used some of the misappropriated funds to pay for golf club membership, the excavation and construction of a swimming pool, architect’s fees and the lease of a Porsche.

One of his final acts as a solicitor involved the purchase of a $10,000 marble bath in 2015 , which was paid for with the proceeds of crime.

Justice John Champion said Kotsifas’ offending had brought the entire legal profession into disrepute, before setting a minimum sentence of four years before he is eligible for parole.

“You engaged in significant and sustained acts of betrayal and dishonesty,” Justice Champion said on Thursday.

But the case was not the first time Kotsifas has faced charges of professional and financial malfeasance, which raises serious concerns about the regulation and oversight of the legal fraternity.

His disciplinary record stretches back to 2006 and includes at least 10 convictions for dishonest conduct.

However, Kotsifas was repeatedly allowed to return to practise, before the Legal Services Board finally moved to seize control of his firm in 2015, which was by then insolvent.

In 2012, Kotsifas was caught by Justice Clyde Croft misleading the Supreme Court about the validity of documents filed in a lawsuit over a property dispute. Justice Croft called his behaviour a “wilful disregard of known facts and law which … constitutes serious misconduct and a serious dereliction of duty”.

The father-of-four was referred for investigation to the Legal Services Board and Commissioner, which are responsible for regulating the legal profession.

Kotsifas was charged with three counts of professional misconduct to which he pleaded guilty. He was ordered by the Victorian Civil and Administrative Tribunal to undertake “professional development” and mentoring.

When sentencing him in December 2014, VCAT senior member Jonathan Smithers said he had the power to suspend or cancel Kotsifas’ licence but baulked at the “devastating effect” that could have on his practice and finances.

In July 2015, Kotsifas pleaded guilty to seven charges of unsatisfactory conduct and professional misconduct in a second VCAT prosecution, after he was caught mismanaging client money and failing to keep proper financial records.

VCAT member Gerard Butcher, while saying that protection of the public was the primary role of the tribunal, decided Kotsifas had put “measures in place” to ensure it didn’t happen again. He was fined $20,000 and ordered to take another development course and employ an accountant.

But at the same time VCAT was accepting Kotsifas’ expressions of remorse and promise of newfound compliance, he continued to raid client trust accounts to settle personal debts and bankroll his opulent lifestyle.