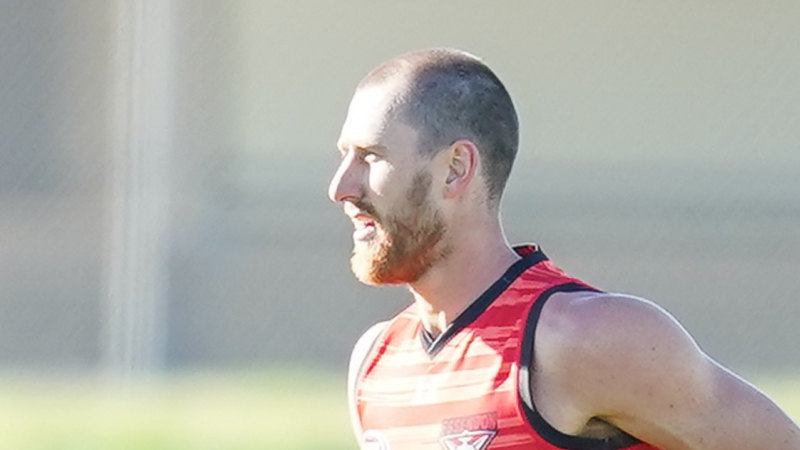 The Bombers will fly in and out of Sydney in one day and share a plane with North Melbourne, who meet Greater Western Sydney at Giants stadium in the early afternoon.

Mason Wood will get another chance for the Kangaroos after Nick Larkey was injured, along with Bailey Scott and Kyron Hayden, with Paul Ahern left out of the team that won in round one, as well as Tom Murphy.

Tom Green and Zac Langdon had to make way for Callan Ward’s return for the Giants after a year’s absence recovering from a knee reconstruction. Zac Williams is also back, along with youngster Jye Caldwell, who Ward recently described as an animal at training, with defender Adam Kennedy missing with a hamstring injury.

The Saints recalled key defender Jake Carlisle for their huge match against the Western Bulldogs on Sunday evening at Marvel Stadium.

Nick Hind and Nick Coffield have also returned, with brave defender Dylan Roberton making way along with Luke Dunstan and Dean Kent, the selection indicating the Saints are expecting a quick game on the fast track.

The Western Bulldogs are not resting on their laurels after their disappointing performance in round one despite losing leaders Easton Wood out with a quad injury and Lachie Hunter due to suspension. First-gamer Ben Cavarra was dropped with Lewis Young, while premiership player Zaine Cordy was also left out.

The Bulldogs included Laitham Vandermeer for his first match while Billy Gowers, Patrick Lipinski, Ed Richards and Lin Jong have also been added.