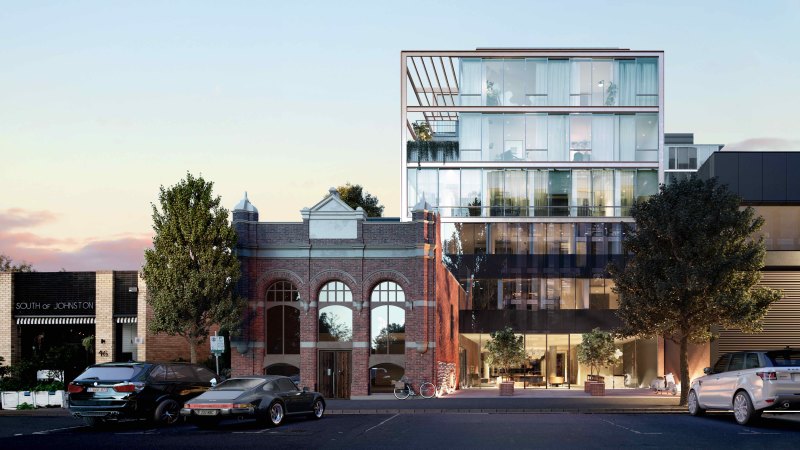 Undeterred by the coronavirus pandemic, Collingwood is in the midst of a development boom with multiple office towers and apartments rising out of industrial sites.

C&L’s lower floors will make up the hotel with 35 apartments above.

Mr Patterson said about 70 per cent of the project had sold to owner occupiers, not investors, despite disruption from the pandemic.

“It’s been consistent and all to owner occupiers. I was a bit surprised,” he said.

One buyer purchased two apartments on the top floor to merge into one for a final price of $3.15 million.

“So far eight apartments have been combined to make larger apartments for downsizers wanting to move into the area,” he said.

The site originally had a permit for 47 apartments.

The joint venture partners amalgamated several blocks on the Cambridge Street corner, one of which was originally owned by CHT Architects, to create a big enough site. The $85 million project is owned equally by all three partners.

The building will include an 18,000 litre rainwater tank for toilet flushing, another 10,000 litre tank for garden water, and will make use of recycled bricks from the demolition in the new facade.

It aims to have a 7.5 star NatHERS energy rating and incorporates solar panels, low volatility paint finishes and double glazing.