Thousands of elective surgery patients to be screened for COVID-19

admin June 12, 2020 National News Comments Off on Thousands of elective surgery patients to be screened for COVID-19 49 Views 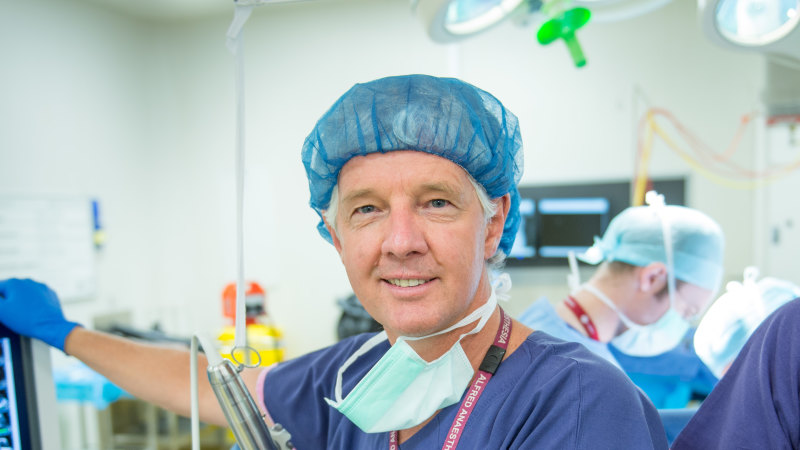 The federal government-funded taskforce was established in the wake of a major global study of 1128 elective surgery patients across 24 countries between January 1 and March 31 this year.

For patients with COVID-19, who underwent elective surgery including minor procedures, the death rate was almost 19 per cent, the study found.

The study led by researchers at Birmingham University in the United Kingdom examined data from hospitals mainly in Europe and America which are battling ongoing deadly coronavirus outbreaks.

More than two-thirds of these patients were diagnosed with coronavirus post-operatively, researchers found. About one in four of the patients died within 30 days of surgery.

The findings were published in medical journal The Lancet late last month.

“As the Lancet study shows, if you have got COVID-19 either symptomatic or asymptomatic and you have surgery, you are at a really high risk of death or serious respiratory complications over the next one or two-week period,” Monash University professor Paul Myles, one of the taskforce’s lead researchers, said.

“If we start increasing elective surgery to 50 per cent, 75 per cent and then 100 per cent, and in fact, there is undiagnosed or missed coronavirus in the community, we are going to first of all have some very serious deaths and complications in surgery that could have been averted.”

Higher rates of the virus circulating could mean elective surgeries would have to be scaled back nationally.

‘”If the rates were higher than we anticipated, it may mean we need to hold back or limit any increase in surgeries until a later time,” he said.

Professor Myles, who is also director of The Alfred’s anaesthesiology and perioperative medicine department, said while Australia was in a vastly different position after avoiding an onslaught of critically-ill coronavirus patients, the rate of virus lingering in the community remained unknown.

“What this is going to do is hopefully confirm the incidence of coronavirus in the community is incredibly low,” he said.

“We are expecting little to none to test positive, but we can’t know the answer. If it was 30 or 50 [infected patients] that would shock us and we would simply have to think about not increasing surgery at such a fast rate.”

Professor Myles said doctors and infectious disease experts will testpatients for antibodies which can identify people who have recovered from the virus, but may never have been aware they were infected.

“That means those patients might be protected from the virus, at least for the short term,” Professor Myles said.

The taskforce is being led by the Australian and New Zealand College of Anaesthetists clinical trials network and Australian National University.

“If they were otherwise not diagnosed that could spread through the hospital and that would be devastating,” he said.

The National Centre for Immunisation Research and Surveillance recently revealed blood from donations and pathology tests would be used to try and measure the nation’s rate of hidden infections, with thousands of cases potentially missing from the official tally.

Taskforce researchers will submit their findings to state and federal health authorities by July.

Previous Cats crush Hawthorn with second-half blitz
Next As it happened AFL Round 2: Geelong Cats dominate second half to thump Hawks

‘A carrot then a stick’: Hospitality leaders slam Andrews

But cafe, pub and restaurant owners were hoping an early reopening would be announced on …