admin 3 weeks ago AFL Comments Off on Walk the talk: It’s beyond time the AFL tackled systemic racism 33 Views 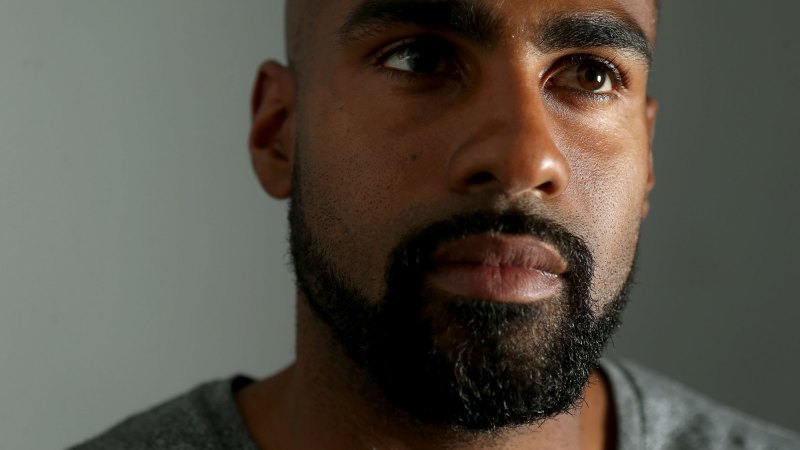 “The CFC [McGuire and Buckley] and AFL [CEO Gillon McLachlan] denied and proceeded to make aversions [aspersions] of my mental health, while my former teammates, who knew that it was true, remained silent.”

Lumumba’s claims have been backed by Indigenous players Leon Davis, Andrew Krakour, and Chris Egan, along with American Seamus McNamara.

McGuire responded to the comments this week on Footy Classified by saying: “I’m not going to get into the comments other than this: Heritier Lumumba was a valued member of the Collingwood Football Club and remains to this day.

“I continually try to reach out to Heritier. In fact, earlier this year I was in Los Angeles and tried to find him, because I want to bring him home to give him a life membership at the Collingwood Football Club. We want to find a solution.”

The solution is truthfully acknowledging any wrongdoing, personally and publicly apologising for the irreparable harm and then a continued commitment to breaking the industry-wide cycle of racism and discrimination: things that McGuire and the AFL have yet to do.

A life membership to a club, which cannot do those things, is irrelevant and serves as another addition to the list of token apologies offered by well-known figures of the AFL landscape, including McGuire.

The AFL cannot remain silent on the matter. Twelve months ago, McLachlan issued an apology to Goodes, who was vilified into retirement while the AFL idled in silence, which further fuelled the howls of hate. McLachlan pledged to “fight all forms of racism and discrimination on and off the field”. Although it was four years too late, the gusto of McLachlan’s commitment suggested that he and the industry were going to improve.

Unfortunately, McLachlan’s statement already appears to be nothing more than performative words that momentarily protect the AFL’s image.

Rio Tinto, one of the AFL’s major corporate partners, recently committed an inhumane act of environmental racism, which saw the company obliterate a 46,000-year-old heritage listed site in the Juukan Gorge of Western Australia, despite the pleas of its traditional owners. Although this act breaches McLachlan’s and the AFL’s collective commitment, no response has been given.

While Reconciliation Australia has revoked it’s endorsement of Rio Tinto as an Elevate RAP [Reconciliation Action Plan] organisation and suspended the company from the RAP program, there’s been no public acknowledgement from the AFL on the matter. They have once again reflexed to taking refuge in the shadows in a very similar vein to the way they did with Goodes and Lumumba.

The familiarity of silence from McLachlan and the AFL is something the indigenous and black communities are accustomed to and, in most instances, sadly expect from prominent leadership within institutions. The continuum of promises followed by inaction is the cowardly leadership that has prevented Australia from reckoning with its realities for hundreds of years. Beneath the Band-Aid the infection spreads.

While the AFL and Collingwood Football Club have programs that do good in Indigenous and culturally diverse communities, they cannot use these to distract from the reality they take a performative stance on racism when it is socially acceptable, or in a way that does not tread on the toes of it’s partners and supporters.

In trying to maintain an apolitical distance after offering a commitment to lead from the front, the game does the exact opposite. It sides with silence and enables violence. It chooses to extract financial strength from those who are struggling.

You simply cannot claim to be at the forefront of fighting racism whilst taking money from companies like Rio Tinto whose business models revolve around expropriation of traditional lands, the displacement and discrimination of indigenous people, nor in offering meaningless Band-Aid solutions and token apologies to players who have been the victim of mistreatment and vilification.

For too long the AFL, and many other industries, have dressed the issue of racism like a grazed knee and as a result the historical wounds of systemic and institutionalised racism continue to fester.

Ben Abbatangelo is a Gunaikurnai virtuoso executive leader, freelance writer and storyteller. He is a former Melbourne Stars cricketer and Deputy CEO of AIME. Brandon Jack is a Sydney writer and former Swans footballer.

Brandon Jack is a writer and former Sydney Swan