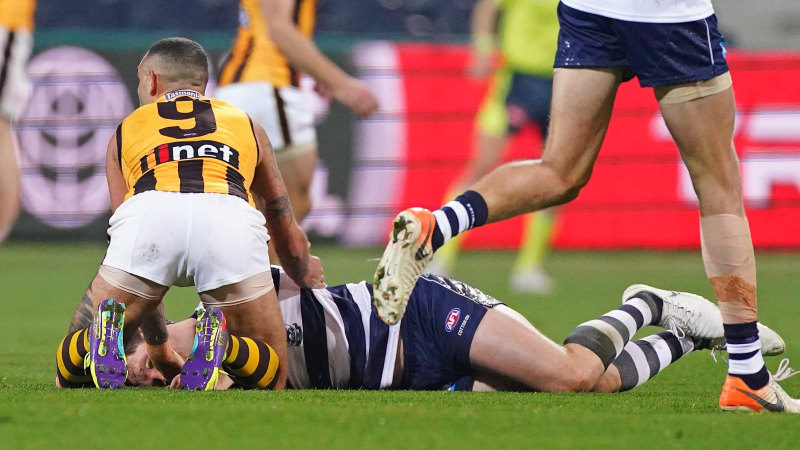 Dangerfield was suspended for one match and left ineligible for the Brownlow medal in 2017 when the MRO penalised him for a dangerous tackle he laid on Carlton ruckman Matthew Kreuzer.

Kreuzer left the ground dazed and Dangerfield, despite contesting the decision, had to serve the one match ban. He was runner-up to Richmond’s Dustin Martin in the Brownlow medal.

In other fines handed out from the game, Cats skipper Joel Selwood and Hawthorn stopper Liam Shiels were offered fines for striking each other in the first quarter. Shiels was offered a $1000 fine and Selwood a $500 penalty.

All financial sanctions payable under the AFL’s existing code, rules or policies (including tribunal) are reduced by 50 per cent this year.

Previous CBA review next cab off AFL rank
Next ‘Best half this season’: Storm blow away Knights with early blitz