A signpost to Victoria’s conflicted past

admin June 14, 2020 Victoria News Comments Off on A signpost to Victoria’s conflicted past 34 Views 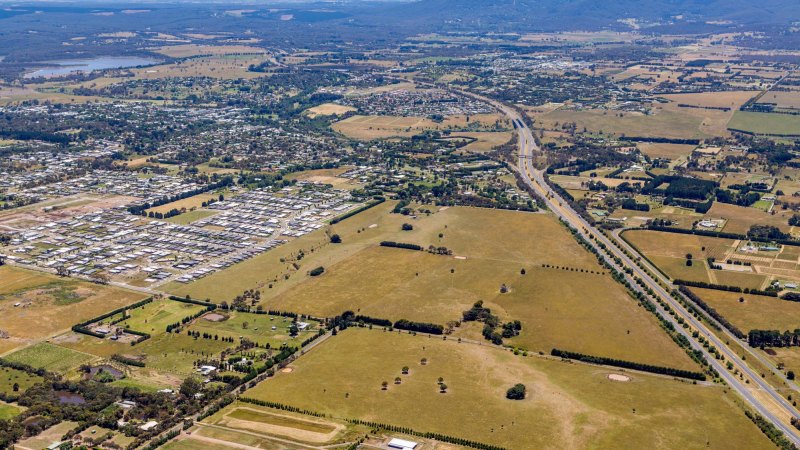 The great names are in the history lessons and the national consciousness. James Cook, Burke and Wills, for example. But many names, such as John Aitken, have been swept to the margins of memory. This isn’t to say their influence at the time wasn’t great. In the case of Aitken it was in some ways huge. What he saw, what he touched, changed, drastically and forever.

His place in the history of Victoria has been largely forgotten, but he was there at the beginning, a contemporary of John Batman. He landed on the shore of Port Phillip with sheep from Tasmania and made his way north to what is now Gisborne.

He carved out of what he undoubtedly thought was no one’s land, an empire built on the sheep’s back, and the dispossession of Indigenous rights to that land. He arrived in 1836 and claimed thousands of hectares. He built a formidable reputation for his management of his flock and the quality of his wool.

He was, at first, in his own words, “conciliatory” to the “natives”, but within a couple of years he had narrowly missed the cut of a tomahawk and was “attacked by about 40 natives at my station. They came to me armed with spears and their guns”. Contemporary accounts say “Aitken would not permit the Aborigines to trespass on his run, and also that the blacks feared him”.

Aitken, in failing health, returned to England with his family in April 1858 and died that October.

His was a time in Victoria defined by conquest, cruelty, conscience and minuscule and ineffectual kindness.

The same month that Aitken died, a report was produced for the Legislative Council on “the state of the Aborigine in the colony”. The preamble ends with this:

“The general tenor of the evidence will bear out the conclusion which your committee have arrived at – that, while the Aborigines are endued with keen perceptive faculties, there is a considerable deficiency in their reflective faculties, and a certain want of steadiness of purpose in their characters, which appears the great obstacle to be overcome in reclaiming them, and bringing them within the pale of civilisation and Christianity.”

This is a judgment delivered after little more than a generation of study, to use the term loosely. The Indigenous tribes were, in settlers’ eyes, aliens upon the land. The report, which was the latest in a line of reports “on the state of the Aborigine”, was at least clear-sighted about one thing: the destruction of the Indigenous people. It was undeniable, even if their right to exist as they had for thousands of years was denied to them.

As the report concedes: “It appears that at the first settlement of the colony in 1836 there were from six to seven thousand Aborigines distributed over its area. So great has been the mortality amongst them, however, that so far as can be ascertained, there are not more than a few hundreds remaining, who are in a state of abject want.”

And why was this so? The “occupation” of the land by the white population, says the report – and without a hint of irony, to “vices acquired by contact with a civilised race, more particularly the indulgence in ardent spirits; and hunger, in consequence of the scarcity of game since the settlement of the colony; and, also in some cases, to cruelty and ill-treatment”.

“The rapid settlement necessary upon the country being occupied by flocks and herds was more unfavourable to the Aborigines than if it had only been gradually taken up for agricultural purposes.”

It acknowledges that “great injustice has been perpetrated upon the Aborigines – that, when the government of the colony found it necessary to take from them their hunting grounds and their means of living, proper provision should have been made for them.”

The thought that it benefits no one to measure one culture against another did not enter the colonists’ heads. Indeed, pity was the prime motivator of their stance, even when it came into conflict with the progression of their civilisation.

“Victoria is now entirely occupied by a superior race, and there is scarcely a spot, excepting in the remote mountain ranges, or dense scrubs, on which the Aborigine can rest his weary feet. To allow this to continue would be to tolerate and perpetuate a great moral wrong; and your committee are of opinion that, even at this late period, a vigorous effort should be made to provide for the remnants of the various tribes, so that they may be maintained in comparative plenty.

“This is a duty incumbent upon the community, and clearly in accordance with the principles of advanced civilisation and Christianity.”

Thus is the indifference of conquest reconciled with the diffidence of conscience.

Last week, in Aitken Street, excavation work for a new ALDI store had to be halted while a survey of the site’s Aboriginal significance was conducted.

“ALDI, in conjunction with the Wurundjeri people, is assessing the cultural sensitivity of the land in which the Gisborne store will be built,” ALDI told the ABC.

It’s been a long, desperate road of lamentation and survival to reach this point.

The past is not a foreign country. The recent marches against racism and Indigenous rates of incarceration and deaths in custody have shown that. The road we take is built on the stones of our history.

Warwick McFadyen is a desk editor at The Age.